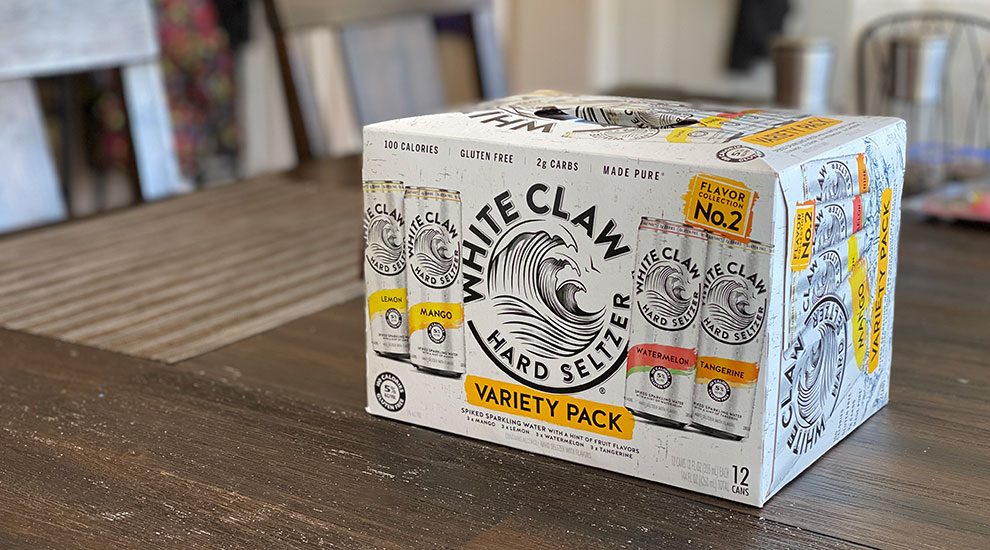 It was only a matter of time before White Claw released new flavors into the market, and it seems like their move was timed right around the same time as Corona decided to release their Corona Hard Seltzer. White Claw debuted their Flavor Collection 2 in the last couple weeks and based on what I had heard, people were loving the new flavors so I knew I had to give them a try.

Since last summer I’ve jumped on the hard seltzer train and been loving every moment of it. Since I don’t drink beer, and don’t always feel like drinking hard liquor on a hot summer day, these seltzers are a perfect alternative. The low calorie, low sugar aspect of them isn’t really much of a draw for me since I’m actually working towards GAINING weight as opposed to losing it, so that was definitely not one of the reasons I decided to jump on the bandwagon, but I know that’s the draw for a lot of people.

Either way though, I was a pretty big fan of White Claw after I first tried it, and I still prefer their flavors and taste over most of the other brand out there. Although I will say that some of the newer Truly flavors aren’t bad at all, and I drink those when White Claw isn’t available.

The original flavors of White Claw consisted of Raspberry, Black Cherry, Lime and Ruby Grapefruit, of which the Ruby Grapefruit is by far my favorite. The new lineup of flavors consists of watermelon, lemon, tangerine and mango. The only difference between the new and old releases are the flavors. The calorie count, the sugars, and the alcohol content is all the same as the original cans.

With that being said, I made my way out to the grocery store last Friday (which was a huge mistake with the current state of the country in regards to this Coronavirus scare) and picked up two cases of the new flavors.

And yes, I was the only moron in the store with a grocery cart that consisted of 2 cases of White Claw, Kraft Mac n Cheese, a bag of Doritos and a can of soup… clearly preparing for the worst…

Also, on that note, while I have your attention for a second, please don’t hoard essentials like toilet paper and hand sanitizers. Only buy what you need and leave the rest for someone else, but feel free to give someone attitude if you see them clearing out a store of those essentials. Make them feel like the scum that they are. Nobody should need 20 cases of toilet paper… be respectful to others, please.

Ok, now that I’ve got that off my chest, let’s talk about these new White Claw flavors and which ones I thought were the best.

Since they came out, I’ve been told by a few people that I needed to try the watermelon flavor and the lemon flavor, which are apparently far superior than any of the old flavors. That’s a bold statement though, so obviously a taste test was in order.

I wanted to taste all four of the new flavors for a YouTube video, but I didn’t want to open all four cans just to do the review on video, so instead, I tried each of the flavors throughout the week and added those quick reviews to the Antifoodie instagram story (and highlights), so you can check them out there. For the YouTube review I focused on the Mango flavor, but only because I didn’t want to wait to try the other flavors… I was impatient, but I do still talk about all the flavors in the video so check that out.

As for which flavor was my favorite out of the watermelon, mango, tangerine and lemon, I will have to say that the lemon checks all the boxes for me. It’s got a good amount of flavor, it’s not too sweet, and it goes down smooth. Hands down lemon was my favorite, but lets take a look at all the flavors.

As I mentioned the Lemon flavored White Claw was my favorite out of all the new flavors. I like lemonade, I like lemon flavored things, so I had a feeling I was going to like the lemon flavor (even better than the old lime flavor) and that was 100% true. It’s got the right amount of flavor, the right amount of sweetness and it’s a great refreshing drink. Definitely my favorite hard seltzer out there right now – even better than the Ruby Grapefruit, which was my favorite of the old flavors.

The watermelon flavor is the one that I had the most requests to try. Everyone I talked to that had tried the new flavors absolutely loved the watermelon flavor, so I already had high expectations for it going in… and I do love me some watermelon, so I thought this was going to be the winner for sure. Unfortunately I was a little disappointed.

Don’t get me wrong, it’s delicious, but I think I was let down by the hype that my friends had built up around the flavor. It doesn’t seem like the flavor packs quite as much punch as the lemon one, or even the tangerine flavor, so I was a little let down. However, it’s still a very good flavor, and I would choose it over some of the old flavors in a heartbeat.

I don’t think I’ve ever tried a tangerine in my life, so I wasn’t really sure what to expect from this one, but it was really good. I would say it might be my second favorite flavor out of these new ones… probably a bit better than the watermelon; at least it’s more flavorful than the watermelon for sure.

Tangerine is definitely better than the old flavors, and probably ranks up there with the Ruby Grapefruit for me.

Now, there are a bunch of other hard seltzers out there that have mango flavors already, I believe Truly has one and I know that Corona has one, because I just reviewed it. And when compared to the mango Corona Hard Seltzer, the White Claw definitely wins. The Corona ones just aren’t very flavorful, and mostly just taste like seltzer water with very little added. But that’s probably because of the 0 grams of sugar. Either way though, mango was my least favorite of the new flavors and I would probably choose some of the old flavors over this one if I had the choice.

Overall though I think I’ll be buying the Flavor Collection 2 instead of the original flavors going forward. The overall quality of the flavors is just better and White Claw still has the best taste out of any of the hard seltzers I’ve had so far. The lemon flavor outranks any of the previous flavors I’ve had, and the tangerine is right up there with the Ruby Grapefruit from the old flavor pack, so there’s really no reason to move backwards.

If I had to rank all 8 flavors in order this would be my list.

Let us know in the comments what your favorite flavor of the new pack is, and how you think they rank up against the old flavors. Also, don’t forget to subscribe to our YouTube channel for more hard seltzer and random food reviews. 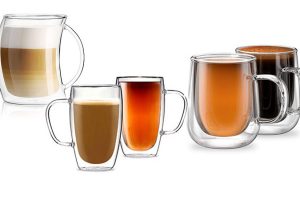 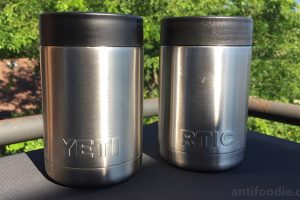