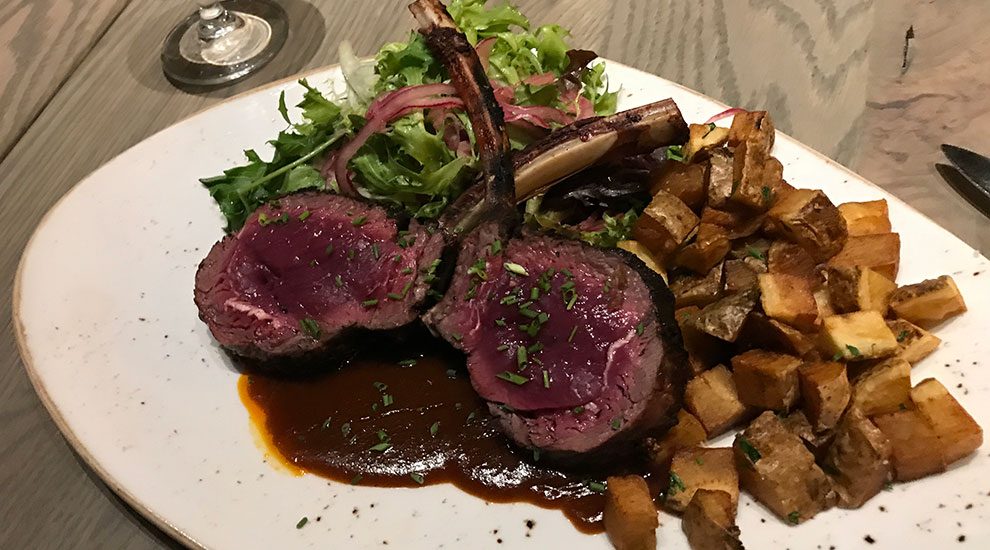 After a long couple weeks of moving, it was nice to finally get some time to go hang out with our friends in the city. My mother in-law was in town so we dropped our daughter off there for the night and made our way into Chicago. As with most nights out in the city, we were trying a restaurant we hadn’t been to before, The Franklin Room. Jillian had actually been there previously, since her old office was right around the corner, but apparently she wasn’t too impressed with the food, but that didn’t stop Iman from making the reservation; maybe it was a fluke… We were about to find out.

The restaurant itself looks great. It’s got that 40’s speakeasy vibe going for it, but on a slightly nicer scale. I did feel a little underdressed in a hoodie, but it’s not a place where you need to dress fancy. I always wear a hoodie so I was comfortable, but most people were in button down shirts or casual jackets.

We had a reservation for 6 people at 7pm and were seated immediately when we arrived. The restaurant didn’t seem that busy when we got there, but now that I think about it, I think it just felt that way, because I can’t remember a single table being empty. Maybe it’s just the way the place is setup and how intimate it feels that made it feel less crowded, who knows.

As soon as we sat down our server came over and took our drink orders. I went with some vodka and soda since they didn’t have Titos and it was pretty good. I honestly can’t remember the name of the vodka, but it did have a slightly different flavor than Titos, which I liked.

But drinks aside, let’s talk about the food at The Franklin Room.

When I was looking at the menu before we left the house that night I knew that I wanted to try the Short Rib Poutine even though it had some ingredients that I don’t like (feta cheese) and some ingredients I can’t have cause of this diet (pickled red onion). I had already decided that I would just deal with the feta cheese and eat around the onions, so that dish was at the top of our appetizer list. In addition to the Poutine, we ordered the Crab Dip and the Cauliflower Parmesan Tots.

The short rib poutine consisted of braised short rib, natural beef jus, feta cheese and pickled red onion all over top of steak fries. Now while this was a very good dish, I will say that I’ve had better poutine elsewhere. In my mind poutine need to have a lot more cheese than it did at The Franklin Room, and in the case where they add meat, it should have a bit more meat. That’s not to say that it wasn’t delicious as it was, I just felt like it was lacking a bit overall. The natural beef jus was delicious, especially when soaked into the steak fries, and the short rib itself was delicious… but like I said, I just wish there was more of it.

I would still recommend checking this one out as an appetizer for the table.

I did not try these as I’m not a huge fan of crab or cauliflower, but it seemed like the cauliflower went over a bit better than the crab dip. The Crap Dip was made up of atlantic blue crab, mascarpone, fontinella, shallot, with toasted baguettes for dipping. The cauliflower parmesan tots were deep fried cauliflower served with house blue cheese sauce.

In addition to those three appetizers, I believe we also got a cheese platter, but I have no clue which one, and it seemed like people were more into the other appetizers, so I’m not even going to try and figure out exactly what cheeses we ate.

Being on this diet (for stomach issues, not weight) hasn’t been too much of a challenge for me since I’m not super adventurous when I eat, but it does come into play a lot when we go out to restaurants. I don’t eat a large variety of foods to begin with, but with the diet being so limiting, my choices are cut down even further. That’s why I ended up going with the Smokehouse burger. 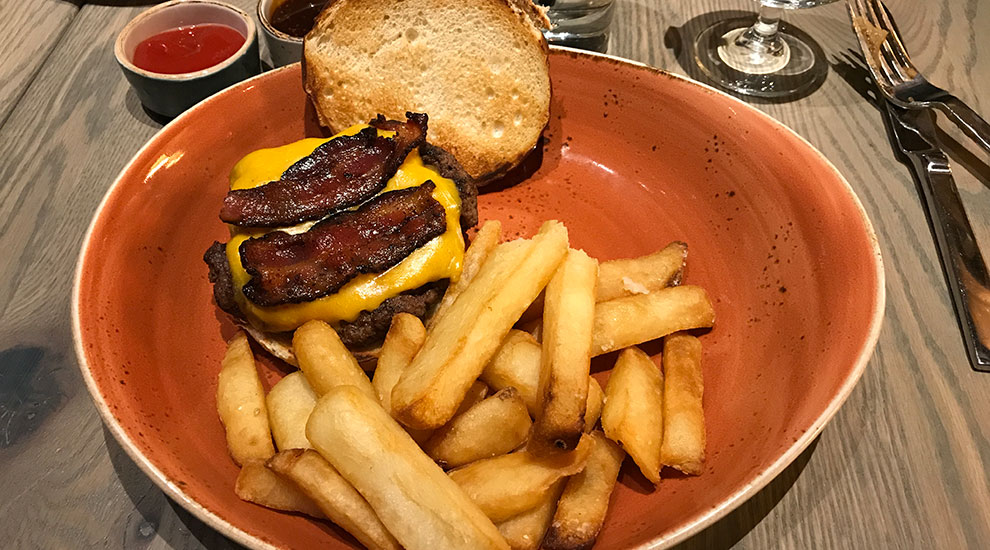 The Smokehouse Burger features mishima reserve wagyu beef, caramelized onions, cheddar cheese, bacon, house sweet bbq sauce on a pretzel bun. Everything on there was pretty safe for me except the onions and the bbq sauce so I skipped the onions altogether and got the bbq sauce on the side.

The burger itself was actually really damn good. Wagyu beef is supposed to be pretty delicious, and I think I’ve had it one other time, but for whatever reason, this time it was exceptional. The meat was good, the cheese was good, the bacon was good, and the bbq sauce was decent. I’m glad I got the sauce on the side, but I’m not sure I could have had it slathered all over the burger; it was a bit too sweet for my taste. Oh, the steak fries were pretty delicious as well.

So if you’re feeling weird about getting a burger, when there are tons of other great options, don’t, it’s delicious.

As for the rest of the table, Nick, Iman, and Jillian ended up getting the Venison Chops that were recommended by our server and I think the dish may have changed Jillian’s mind about the food. All three of them seemed to clear their plates pretty quickly and I didn’t hear a single complaint. The Venison Chops consist of durham ranch venison, roasted potatoes, and spicy bourbon miso.

After we were done eating, our server brought out the dessert menu for us to look over. We were all just kind of chit-chatting away and didn’t even bother to take a look at it, but at some point someone told Iman that they were going to bring us free desserts because we were “friends of the group”. We have no clue what that meant, or what group they were referring to, (maybe they heard us mention we were fans of Union Sushi, another of their restaurants) but we weren’t going to question it and possibly have them take away the three free desserts they were about to bring us.

The three desserts then ended up giving us for free were a banana split thing, a waffle and ice cream dish, and a lychee frozen yogurt. We ended up devouring the banana split and the waffle ice cream, but the lychee wasn’t that big of a hit. Personally I didn’t care for the flavor, nobody else seemed to mind, but for some reason it looked as if it wasn’t even touched when we got up to leave. The waffle and ice cream and the banana split dish were both licked clean and delicious though, so I would recommend those and only steer towards the lychee frozen yogurt if you really like lychee.

After dinner was over we made our way over to Broken English Taco Pub to have one more drink before calling it a night.

It was a great night overall and I wish we could do it more often, it’s just amazing how busy things get when everyone’s got their own family and things going on. Thankfully we’re still able to do this once in a while, and now that the weather is getting better I’m sure we’ll be going into the city to take advantage of the riverwalk and the free yoga in the park like we did last year. Maybe this year we’ll spend our time somewhere other than Tiny Hatt, but we’ll see. 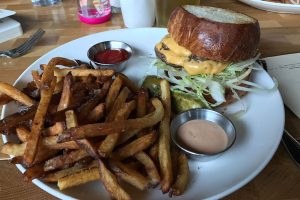