I’ve written about this idea on some other sites, but I just want to make sure that everyone knows that you look like a jackass when you take pictures of your food in a restaurant. Oh, but you don’t care what other people think because you’re your own person and, blah blah blah… That’s all well and fine, but you’re in a public restaurant with other people that are paying to have a nice meal, stop being an annoying dick with your camera flash. It’s the same as being in a dark movie theater and thinking it’s ok to text someone because you’re not actually talking on the phone. Newsflash asshole, the bright screen in a dark room is more annoying than you whispering into the phone for 2 minutes.

It’s for this reason alone that I will not take any pictures of my food for this site using my camera flash. If you want to take a picture of your food to put on Instagram for nobody to care about, then by all means go ahead, as long as you don’t use the flash on your camera. This is one of my biggest pet peeves these days when eating in a restaurant, which is funny because my wife is one of those people that loves to take pictures of her food… It’s also one of the reasons why I’ve recently been given the nickname “cranky fuck”. Some restaurants have even banned the act of food-pictures in their establishments, so I’m clearly not the only one bothered by this.

Just do yourself and everyone else a favor and eat dinner at home and take pictures of your food there. Make it your goal in life to cook a meal at home that looks just as good as your favorite chef’s meal… It probably won’t taste anywhere near as good, but at least you won’t be annoying everyone around you with your camera flash… just your cat. 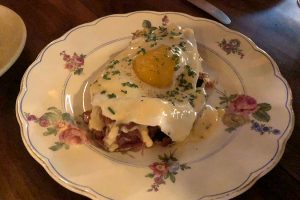