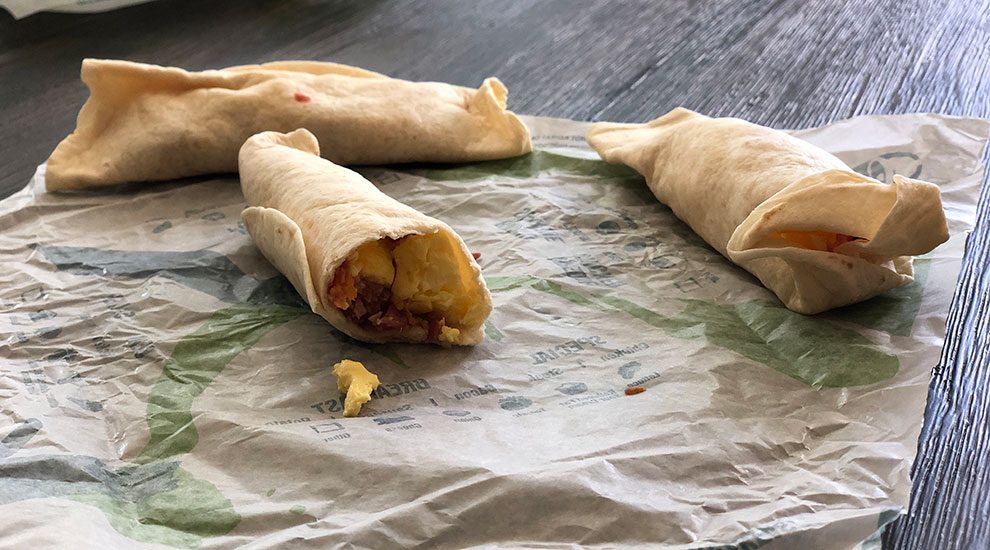 Where do you get breakfast tacos in Chicago? Serious question…

A friend and I were discussing how much we love Torchy’s Breakfast Tacos (which you can only find in Texas, Colorado and Oklahoma), and how there’s not really an equivalent in, or around, Chicago. And honestly, I’m not talking about the fancy tacos that Torchy’s has on their menu, I’m talking about a straight up, bacon, egg, and cheese breakfast taco… maybe with some potatoes in there, but that’s it. That’s literally all I want in a breakfast taco.

Don’t give me any fancy spices, sour cream, random meats, or sauces… I just want my normal breakfast wrapped up in a tortilla instead of splashed out on a plate.

And after some debate, which, I’ll admit, wasn’t very long, we determined that there’s no place (that we know of) that does a super simple breakfast taco like that, that tastes delicious.

Sure, I’ve had a couple breakfast tacos from the Amanecer Food Truck out of Evanston, but while they are pretty tasty, they weren’t quite what I was looking for.

Sure there are some places that do breakfast burritos that are similar, like Big & Littles, and I can absolutely get behind that, but there’s something about a mini-burrito… aka taco, that makes me feel less disgusting after I eat three of them…

So while we plotted various ways we could get the owners of Torchy’s Tacos to let us open up a store here, I decided that it was finally time for me to try Taco Bell’s breakfast, which includes super basic breakfast tacos. Go figure.

During our volleyball season (fall and winter), I tend to eat a lot of Taco Bell… at least once a week after games, and after a few drinks at the bar… after the games.

Nobody in the world should drink as much pop as comes in the large cup from Taco Bell. The only reason I get that size is because it comes with the Doritos Locos Tacos meal, and it’s cheaper than buying everything separately… even if you just get a small drink.

So while I do get the swimming pool size pop, I usually end up taking like 2 sips of it and pouring the rest down the drain. And yes, I could just forgo the drink completely, but those couple sips of sugary goodness are well worth it, and compliment those tacos perfectly.

But anyways, lets get back on track.

So I go to Taco Bell a lot, so I know the late night hours at my local establishment, so imagine my surprise when I found out that Taco Bell does not start serving breakfast until 9am…

How do they plan on selling enough breakfast food from 9am to 11am to make it worth it? McDonald’s is open at like 6am for breakfast and they absolutely clean up. And I get that Taco Bell is not McDonald’s, but come on… everyone is already at school or work by 9am, so it’s nearly impossible for most people to take advantage of your breakfast because you’re not open when we’re on the road…

Get it together Taco Bell.

Thankfully the stars aligned 2 days in a row and I actually happened to be in the car, near Taco Bell, in the morning… which never happens. The first day was a complete bust though, and the reason I found out they don’t start serving breakfast until 9am.

I pulled up at 8:45am super excited and super hungry, only to sit in the drive-thru for a solid 5 minutes with no response on the intercom. Finally I gave up and just parked and walked inside where I was greeted by the morning crew getting ready to open. They informed me that they did not open until 9am… sad.

Dejected and hungry, I left the restaurant only to daydream about breakfast tacos for the rest of work. My thirst was insatiable by the end of the day and I knew I had to try those breakfast tacos one way or another. Thankfully I had a dentist appointment a town over the next day at 8am, which meant I would be done by about 9am, and my drive home takes me right past that very same Taco Bell.

So the next day, after having my teeth freshly cleaned and examined for cavities (of which I have had none in like 20 years), I stopped by Taco Bell and picked up 3 bacon, egg and cheese breakfast tacos for further scientific study at home.

My main comparison at this point was the Torchy’s Breakfast Tacos we had the day after my brothers wedding in Austin, TX, and I knew there was no way in hell that the Taco Bell breakfast tacos were going to live up to that deliciousness… but I was still holding out hope that they were at least decent.

As I took them out of the bag I was definitely surprised by their size. I actually thought they were going to be a lot smaller (that’s what she said), but for $1 each, they were actually pretty decent. Obviously most of that is scrambled eggs, but still, I was expecting your normal fast food garbage where they put just a tiny bit of everything inside a tortilla, which you don’t notice until you get home… at which point it’s too late. But no, there was actually a decent amount of egg, bacon and cheese in these tortillas.

So size doesn’t really matter, it’s all about the taste… so with no expectations, I took my first bite…

That was literally the first thing out of my mouth.

These breakfast tacos were actually pretty damn good, I was super impressed considering they were $1 each, and they were from Taco Bell.

There’s plenty of scrambled eggs to fill up the tortilla and just the right amount of bacon to give you that nice salty, bacony flavor, as well as a good amount of cheddar cheese holding it all together. I was seriously impressed by how good these breakfast tacos actually were. So much so that it made me extremely mad that Taco Bell doesn’t start serving them until 9am, because it’s extremely rare that I’m in the car after 9am, which means I would have to make a special trip out to go get them… although, it might be worth it.

While they definitely aren’t Torchy’s, and there’s nothing special about them, the breakfast tacos from Taco Bell are surprisingly good. And at a price point of $1 each, you absolutely can’t go wrong.

It’s also gotten me interested in trying their other breakfast items as well. There’s a grilled breakfast burrito, which is also $1, that is basically just a bigger version of the taco, but instead of cheddar cheese it’s nacho cheese. And I can’t decide if that sounds better or worse…

The breakfast crunch wrap and breakfast quesadilla also sound absolutely incredible… ugh, I’m going to have to make a special run to the border next week after 9am I think, cause now I want breakfast tacos.

So where else do people get breakfast tacos in Chicago? I know Taco Bell can’t be the best place in the area, so let me know in the comments of some other places I should add to my list.

Also, if you’re looking for a great low FODMAP taco seasoning recipe, we’ve got you covered! 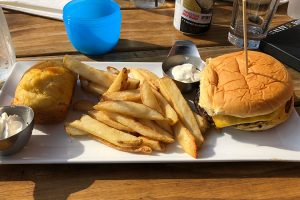 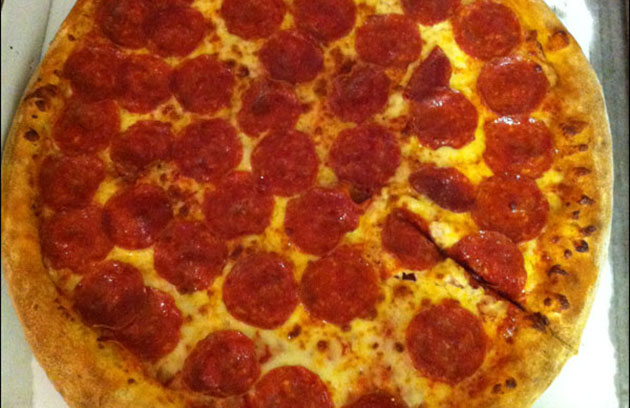 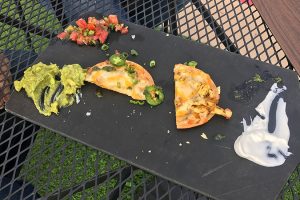 Single Serve Nachos are the Worst