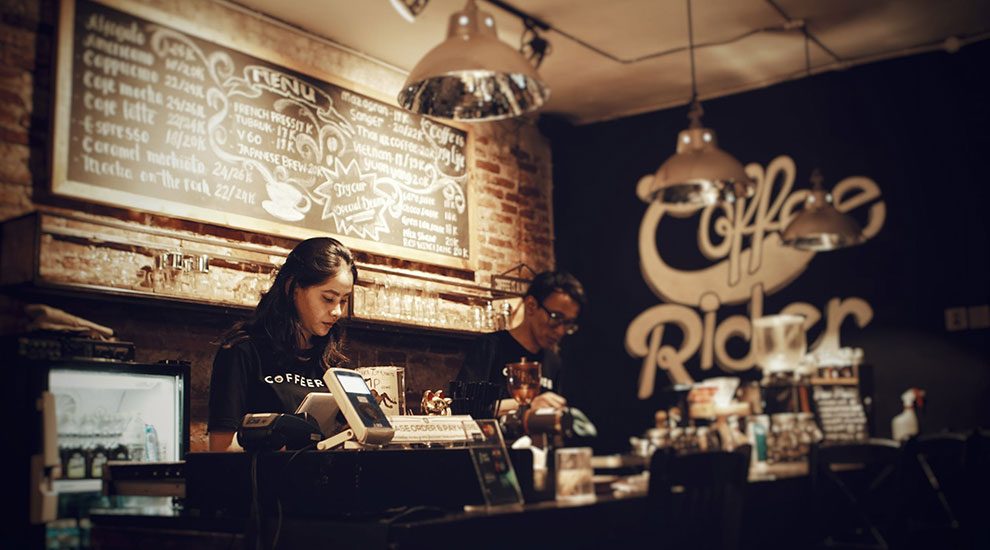 First of all, this isn’t me trying to bash baristas for asking for tips, or even me telling you that they don’t deserve them, this is me genuinely asking if you believe that you should tip your barista.

I honestly don’t drink coffee. I’ve purchased a coffee, or latte, or whatever, for my wife maybe 3 times in my entire life, and I will admit that I never once tipped the person that made the drink, and I’m really not sure if I should have or not.

Who Deserves a Tip?

The easy answer here is, anyone that you feel has done a service for you in a respectable, timely, and overall good, manner… I guess. That would be the general answer to that question, but I think it’s a lot more complicated than that.

In the United States, we are brought up to understand that “sit down” restaurant employees are paid much less than minimum wage and therefore make most of their money off of tips. I honestly think this is the wrong way to handle it and that restaurant employees should be paid a living wage and a customer should be given the option to tip for good service if they so choose, but that’s a discussion for another time.

I get the argument that if restaurant workers were paid more, and not receiving tips, they may slack off in their level of service because they know they aren’t necessarily working for that extra money. But I still feel that if you have an employee coming in to work for X amount of hours, whether they have any tables or not, you’re still taking up their time, so you should be paying them an equal amount for that time. Not, X amount of dollars if a restaurant is busy, and Y amount of dollars if a restaurant is slow during their shift…

Restaurant workers, mainly servers and bartenders, there may be others, are paid way below minimum wage ($2.xx per hour) and then receive tips to bring them up to minimum wage, or higher. (And, I believe, if they don’t make minimum wage for a shift, or day, their employer must fill the gap).

And that brings me to baristas.

Should You Tip Your Barista?

Again, the easy answer is, if you felt like they deserve it, go ahead.

But here’s where the different schools of thought come in to play.

Barista’s are not paid like servers or bartenders. They make at least minimum wage without tips. So while a restaurant employee is making a $2.xx per hour wage, and supplementing with tips, a barista is making at least $8.25 per hour (in Illinois). So in my mind, I should only tip if I feel like it, and I should not feel bad if I don’t tip.

I’m going to make an analogy here and I’m sure some people will take offense to it, but whatever, here we go. I get that making some of those crazy coffee drinks that people get are complicated and annoying to make, but how many of you tip when you go to Chipotle and special order a burrito? I’m guessing none of you…

In my mind, it’s very similar, but please, prove me wrong in the comments.

You walk up to a counter, talk to a person about what you want in your burrito, or coffee, they (or another person) makes that order by using individual ingredients that they mix together in either a bowl or a cup, and then you pay for your order and leave. The actions are very similar in regards to how they are prepared, yet nobody tips at Chipotle… nobody. Because it’s not expected.

If you don’t like the Chipotle analogy, what about something like a smoothie place. You order a smoothie, a person goes in the back, blends up the fruit, ice, and whatever else is in those things, and presents it to you as you pay and leave… Do you ever tip at Jamba Juice?

And this is a serious question, why is there this stigma around baristas and coffee that it is rude not to tip them, when we don’t tip anyone else in that area of food service?

Other Service Industry and Tips

And it’s not just tipping baristas that I’m confused about, I’m honestly confused about when to tip anyone outside of a restaurant server or a bartender.

As I said before, as American’s we know that servers and bartenders get paid far less than minimum wage and then use tips to bring them back up to that level, but are there other industries that are also like that? I know baristas aren’t one of them… neither are food delivery drivers, yet tips are still expected. And while I don’t drink coffee, I do order a lot of delivery food… and I do tip them, but I’m never sure how much to tip…

It used to be, when you ordered delivery, the tip was the payment for having someone physically come to your house and drop off your food, but nowadays every delivery restaurant already has a delivery fee added on to the total bill… where does that money go? I know it’s not going to the delivery driver as it’s explicitly stated on most privacy policies that you should still tip your driver. So is that money being used to pay their hourly wage? Shouldn’t that be factored into the food costs? Isn’t that how a restaurant should be managed?

Delivery fees are the biggest crock of shit in the restaurant world yet I still continue to pay them every time I order food, just for the sheer convenience of it… but that doesn’t mean I have to like it.

And what about a valet attendant? They get paid at least minimum wage, yet still usually receive a tip. I usually try to give them like a buck or two, maybe a little more if I’m feeling generous, or it’s raining or something, but just like baristas and delivery drivers, these people are making at least minimum wage.

And I understand that minimum wage isn’t enough to live off of these days, but where do people draw the line?

No seriously, I’m asking as a serious question, where do you draw the line when it comes to tipping?

Do you tip for your coffee? Do you tip your bartender, delivery driver, hell, do you tip your Uber driver? I sure has hell don’t, because the tip is built into the cost of the ride, it always has been, yet now the app gives you the option to add extra tip if you want, and drivers seem super annoyed when you don’t add more… The whole point of Uber is so that I never have to do anything in regards to paying for a ride.

Oh, and what about delivery people, or contractors? Do you tip them?

I had carpet installed a couple months ago in 2 rooms in our house, I did not tip the installers, they did not seem offended by it and went on their way. Should I have tipped them? I definitely paid an installation fee, which in my mind means I paid for the job that they did…

I also had some furniture delivered a few months ago, didn’t tip those guys, but again, paid for the delivery and setup as a separate fee, so in my mind, I paid for the job that was done.

Maybe I’m completely wrong in my thinking here, I just want to get an idea of what other people think they should or shouldn’t be tipping for so I can see if I’m the one being an asshole. It seems like everyone these days just wants to make an extra buck for doing the job they are supposed to do, and the job they are being fairly compensated for.

Oh, and going back to tipping at restaurants, do you guys tip on the total before or after tax?

I truly don’t know if I’m in the right in my thinking or if I’m totally off base, which is why I’m just looking for some other opinions. Like I said, I don’t drink coffee, so the situations where I would, or would not, tip a barista are irrelevant when it comes to this conversation, it just always sticks out to me that baristas seem to be offended more often than not when people don’t tip, and I’m not sure why. Maybe they aren’t the only ones offended when people don’t tip… maybe I’m wrong, just looking for other opinions on the matter.