Being from Chicago I have my pick of some of the greatest pizza places in the country… if you’re into Chicago-style Pizza, which I’m really not. I know it’s blasphemous to not like deep dish pizza if you’re from Chicago, and even more sinful if you don’t like Lou Malnati’s enough to put them on your Top 5 list, but I guess that’s why they call me the anti-foodie…. Ok, nobody calls me that, but those other two statements are true; I don’t like Lou Malnati’s and I don’t really care for deep dish pizza. Only one deep dish pizza place even made my Top 5 Favorite Pizza Restaurants list and it’s not even a lot of people’s favorites, but I find it delicious.

With that said, lets jump into this totally credible list of my Top 5 Favorite Pizza Restaurants in or around the Illinois area. I know a couple of these are chains and have multiple locations in certain areas, but aside from #5 having a few locations in Florida, I think all of the others are contained to their respective area. I only say that because #2 doesn’t actually have any locations near Chicago.

5. Giordano’s – This is only one of two pizza places on my list that has Chicago-Style deep dish pizza, and it’s actually one of the very few deep dish pizzas I like. I would say Gino’s is up there as well, but I haven’t had it enough times to add it to the list. The thing I like about Giordanos Chicago-Style deep dish pizza is that the sauce does not have huge chunks of tomatoes in it. This is the exact reason why I can’t stand Lou Malnati’s; I don’t like cooked tomatoes, they are gross. So while I don’t normally eat deep dish pizza if we are going out, I prefer to eat Giordanos if I have to. The remaning 3 choices on my list are all thin crust pizzas, with one of them being almost cracker thin.

4. Jake’s Pizza – I don’t think that Jake’s Pizza exists outside of the Chicagoland area, but that won’t stop me from putting it on my list. There are quite a few locations in the area up here, but once you get further south than the Aurora area, they all but disappear. This is one of my favorite thin crust pizzas in the area because it reminds me of growing up. I’ll be honest, I haven’t had it in quite a while, but my parents used to order it all the time and I have nothing but good memories. Just your typical delicious, greasy, cheese-coma inducing thin crust pizza. Considering my #2 choice is located nowhere near Chicago, Jake’s would be my second choice if I got to order my favorite pizza every time, but unfortunately there isn’t one that delivers near me. Sad.

3. Pequod’s Pizza – We’ve been to Pequod’s Pizza in Lincoln Park on a few occasions now and I’ve loved it every single time. The last time we were there I honestly don’t remember very much of the night as we spent all day drinking and eating, only to end up at Pequod’s to celebrate a birthday. But I do remember the other times and their thin crust pizza is absolutely delicious. If there was one that delivered to our house I would probably eat this every time we ordered pizza.  And while I don’t know that I’d really consider this “chain pizza”, there are two locations so I guess that’s where my thinking lied.

2. Imo’s – This is where most people are probably going to write off this list as being a blasphemous piece of shit with no credibility whatsoever, but guess what, I don’t care. Imo’s pizza is absolutely my 2nd favorite chain pizza of ever, and the closest one is 300 miles away from me just outside a small city that goes by the name of St. Louis. I know it’s ridiculous to think that a person with all the pizza options that the city of Chicago has to offer would enjoy a St. Louis style pizza more, but what can I say, their cheese is heavenly. It really is the cheese that sets Imo’s apart from all other pizza places; I guess the crust as well, but really just the cheese. Thin crust pizza from Imo’s is kind of like eating melted cheese on top of a cracker, it’s that thin. It’s so thin that you can eat an entire large pizza by yourself a still not feel full… Ok, you might feel full, but it’s so delicious you’ll continue to eat it until it’s gone; and then shame-cry yourself to sleep later that night. Combine that thin crust with their Provel cheese, which is a blend of sharp cheddar, swiss and provolone, and you have a pizza-explosion in your mouth. Every time we go down to St. Louis we have to stop at least once and get ourselves a pizza. And while it’s never been reason enough itself to drive the 300 miles, I have considered it.

1. Barnaby’s – This is another one of those places that doesn’t have any locations outside of the Chicagoland area, that I’m aware of, and even in the area it only has a few locations. So I’m not sure it quite fits into under the “chain” title, but due to the fact that it has multiple locations in the area I figured it fit. Barnaby’s is a place we don’t get to as often as we’d like, mainly for the fact that the closest location to us isn’t really that close. They also don’t deliver (at least not to us), and it wouldn’t really make sense to pick it up and bring it home to eat as you have to enjoy this while it’s piping hot. So we only make it a point to eat there when we know we have time to sit down and eat at the restaurant. That being said, the thin crust pizza from Barnaby’s is like amazing. While most other pizza is amazing due to it’s cheese or it’s sauce, Barnaby’s deliciousness comes from it’s crust. It’s soft enough to not hurt when you bite in, but crunchy enough to let you know that it means business. I don’t know what it is, but there’s just an indescribable awesomeness to the crust of a Barnaby’s pizza. Combine that with a delicious sauce, cheese for days, and all the toppings you could want, and you have my favorite pizza in a 300 mile radius of Chicago.

So there you have it, my terrible, blasphemous Top 5 [Chain] Pizza Restaurants in the “Chicagoland” area (plus one from St. Louis). I know this list is going to offend a lot of people and I’m sure I left off a lot of people’s favorite places, but that’s what the comments are for! What are your favorite pizza places in the area? How terrible is my list? Let me know in the comments. I’m always up for trying new places so let me know where I can find truly good pizza….

Papa Johns – Yup, this disgrace for a pizza place actually made my honorable mention list even though I reemed them out in my last post. I can’t help it that it’s quick, convenient and is close to my house… I’ve had a soft spot for Papa Johns ever since I was in college and introduced to their cheese sticks. I don’t know why we all found them so good because it’s basically just a shittier tasting pizza when you tip it in the pizza sauce. I’m guessing it was probably because we were shit-face wasted whenever we ordered it. The only time we strayed from Papa Johns and actually ordered from Dominos is when Dominos had their “Appreciation Day” and medium pizzas were like 3 bucks, with no limit. We used to go and buy like 5 pizzas each, freeze them in ziplock bags and eat that garbage for a week. Now that I think about it, maybe that’s the reason why I don’t like Dominos…. So while Papa Johns may not be the greatest pizza on the planet, there are definitely worse chain options out there.

Piece Brewery and Pizzeria – We hadn’t been to Piece in a while when I originally wrote this article, but Piece Brewery and Pizzeria should definitely be on this list, probably take Imo’s place at number 2 and bump Imo’s to an Honorable mention since it really doesn’t belong on the list anyways since it’s not really near Chicago. This pizza is amazing, I’ve been having dreams about it ever since we went after the Bucktown 5k. 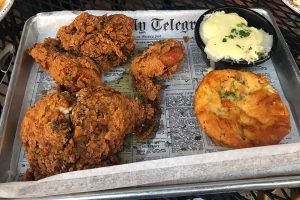 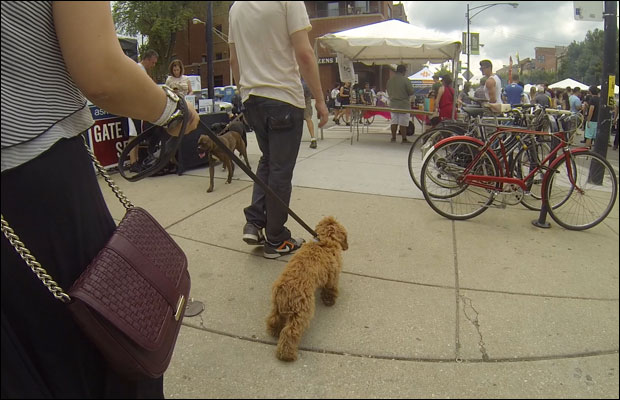