Last weekend a few of us got together to check out Fountainhead in the Ravenswood neighborhood of Chicago. This place is apparently known for their large selection of craft beer as well as whiskey and scotch… all of which I am not a connoisseur of, so why I agreed to this, I don’t know. Actually I do know, I need to expand my horizons and stop being such a pussy when it comes to food and drinks. Obviously, based on the name of this site (as well as the fact that I’m skinny as f—), I’m not a big food person. I find something that tastes good to me and then I just eat that and little else… I’m boring when it comes to food.

When I heard we were going to Fountainhead I didn’t really know what to expect. Celeste told me there would be “normal” food that I would like, so I went along with it, plus we had a group of 6 people that all seemed to be excited about finally trying this place out, so who am I to say no… When we arrived at the restaurant our table was already setup and waiting. Usually when we make reservations at popular places for a semi-larger group, it still means we have to wait 15-20 minutes, but not this time. We walked right in and were seated immediately. The only issue we had was that whoever took the reservation a week ago couldn’t understand Celeste when she was trying to say her name, but thankfully we figured out that it was under Collette, so no issues.

As soon as we sat down we busted open the drink menu and were immediately blown away. Like I said above, I’m not a huge beer or whiskey guy so a lot of stuff didn’t appeal to me, but Nick’s eyes lit up like he was a 5 year old on Christmas morning… Not that his parents gave him whiskey for Christmas, but you get the idea… he was excited. So excited that I’m pretty sure he almost ordered an extremely expensive glass of Pappy Van Winkle 20yr, but instead they found some 10yr in the back and he went with that. I, on the other hand, am just as picky when it comes to drinking as eating. It depends on the situation, but most of the time I’m not a huge fan of beer; Captain and Coke is my drink of choice. But even though I’m sure they had Captain Morgan, I opted to go the cider route. My friends call me a pussy for drinking the ciders, but I’ve actually become quite fond of them these days, and honestly I don’t really care what they think, ha! I will say though, that while I do enjoy the ciders, I also enjoy my money staying in my pocket, so while they do have some interesting ciders I’ve never seen anywhere else, I opted for the normal Original Sin that was $5 instead of the alternatives which were all $12 and up. Celeste also had some sort of fruity beer thing that she had only seen at Revolution Brewery in the past, Iman had whiskey, Sheila had wine and Maura had some sort of beer I believe, but all in all the drink selection is excellent, now lets talk food.

When we finally got a chance to look at the food menu I’ll admit I was a little worried. There are definitely burgers on there, but everything else seemed a bit out of my comfort zone, and honestly I didn’t really want a burger since I had one the night before when we went out to Big Black Dog in Wilmette. So after perusing the menu for a bit I finally settled on the beer braised beef with sweet potato mash and apple cider drizzle. Nick, Iman and Sheila/Maura (who split it) went with the cleetus burger and Celeste went with the mushroom quinoa risotto and a small order of the mussels vindaloo. For appetizers we decided on the monkey bread and gravy. The monkey bread was a bit confusing to me because my mom makes monkey bread and there’s never any mention of gravy to go along with it. Her monkey bread is more of a sweet dessert type bread with cinnamon and sugar, where as Fountainhead’s monkey bread is more like a thanksgiving dinner in bread form. It was almost like a biscuit with bacon and cheese inside that you poured (or in my case dipped) gravy onto and then ate. Don’t get me wrong, it was absolutely delicious, but just not what I was expecting when I heard the words monkey bread.

The atmosphere in the place is great, it has that sort of older pub feel, but modernized and nice, and all in all everyone really enjoyed their food. The beer braised beef was decent, but not something I’d rave about or make it a point to go back for. I’d definitely like to head back and check out their rooftop deck as well as try the burgers though as everyone else said they were delicious. Maybe I’ll even try one of those fancy expensive ciders next time, but probably not since I can get just as drunk off Original Sin for half the price. 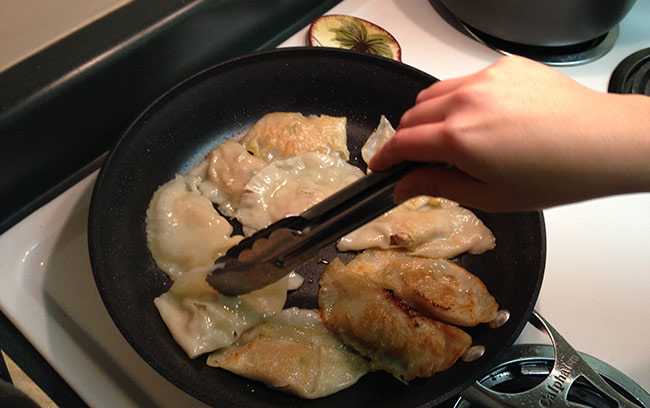 Our First Experience with Blue Apron 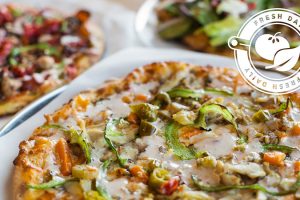 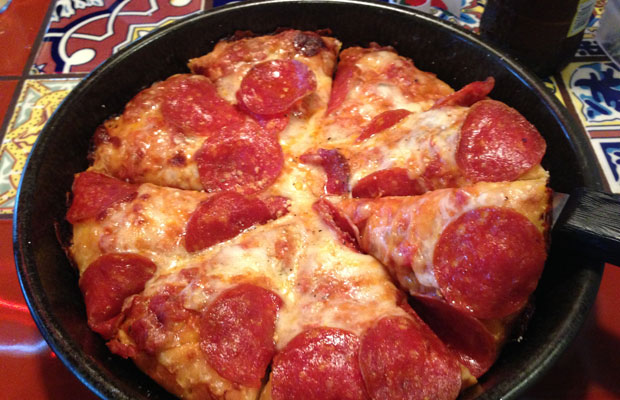 Chilis Now Serves Pizza – And It’s Not Half Bad