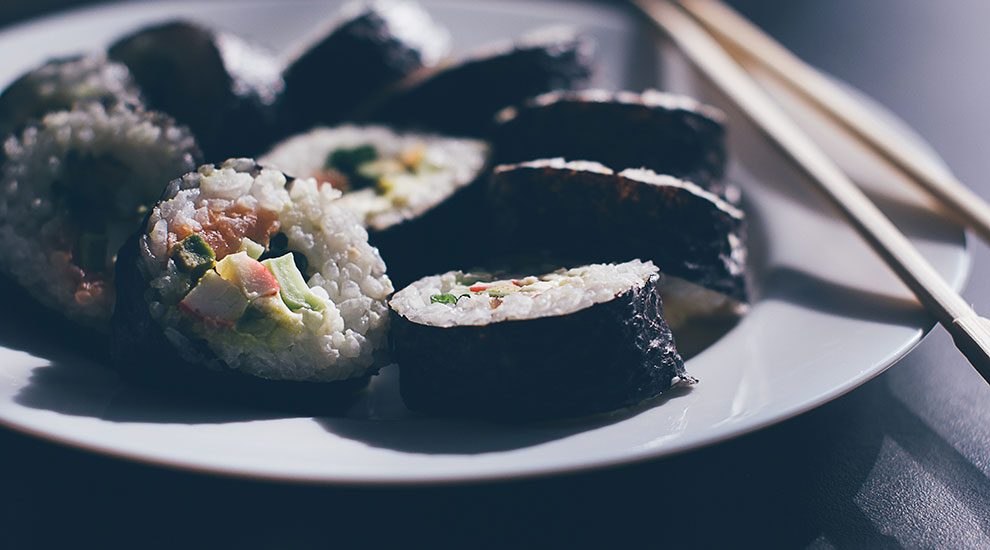 More restaurants are becoming aware of the rapidly growing gluten-free population and are tailoring their menus to make sure all can enjoy their food. Whether you are gluten intolerant or just choosing to steer clear for dietary and health purposes, there is no need to miss out on your favorite meals. One of our favorite meals is sushi, but is it safe to eat if you are going gluten-free?

Gluten is a collection of proteins that is commonly found in rye, barley, spelt, and wheat. The two main proteins, glutenin and gliadin, can have negative effects in some people that have a sensitivity to gluten. Foods like bread, pasta, crackers, and some seasonings and spice mixes, use gluten to act as a binding agent to help hold your food together. In recent years, gluten intolerances and sensitivities have become more prominent than ever.

Gluten is most commonly found in breads and pastas, but there are many other foods that can contain gluten due to the coating or ingredients used to produce them. Gluten can be found in baked goods like cakes, pastries, and brownies, as well as many breakfast items like cereals, pancakes, and waffles. Ready-made sauces and gravies often use wheat flour (gluten) as a thickener, and as many other items may contain wheat flour as a thickening agent, so it is best to read labels carefully if you’d like to avoid gluten.

Gluten isn’t always just found in food either. Due to the barley used to produce beer, trace amounts of gluten can still be found in your beverage throughout the production. Some beers, like wheat beers, contain more gluten than others, but depending on your tolerance, it might be best to avoid.

The list of foods that contain gluten may seem exhausting, but there are lots of great foods that are naturally gluten-free. This includes fruits and vegetables, seeds, nuts, corn, meat, eggs and rice. Because more companies are becoming aware of the need of gluten-free options, many are now producing gluten-free versions of their food, and the label will explicitly say so.

Why Should You Avoid Gluten?

There are a few different reasons why a person may want to try and remove gluten from their diet, but for people with celiac disease, it’s not optional. When a person suffering from celiac disease eats something with gluten in it, the body sees the protein as something threatening and the immune system jumps into action to attack it. This can cause lasting damage to the small intestines and make it difficult for essential nutrients to be absorbed. The consumption of gluten for a person living with celiac disease is not just an inconvenience, but sometimes crippling. Even the tiniest bit can be harmful.

Some people may also suffer from a condition called gluten sensitivity or non-celiac gluten sensitivity. This causes discomfort similar to the symptoms of celiac disease, but without the lasting intestinal damage.

Outside of physical reactions when consuming gluten, some people go gluten-free purely by choice. While there is no scientific evidence that supports that non-celiac disease sufferers benefit from going gluten-free, or that a gluten-free diet is a healthier choice, it is up to the individual to decide if avoiding gluten helps them or not. And while it may not be scientifically proven to be healthier for the body, if a person is trying to lose weight, cutting out the foods that contain gluten is a great place to start as it could force you to eat less calories overall.

Can I Eat Sushi If I’m Gluten Free?

In it’s most basic form of rice, raw fish and vegetables, sushi can be a great dish for those who need to avoid gluten, but there are things you need to be careful of.

If you are trying to eliminate gluten from your diet, the two major food items you need to stay away from, when it comes to sushi, are imitation crab and tempura. Imitation crab is made with bits of white fish that have been ground down and shaped with the help of starch as a binding element. The starch in imitation crabmeat will most likely contain gluten, so it is best to avoid it unless you know that the crabmeat is real.

Tempura is the other major source of gluten that can be found in certain types of sushi. Tempura consists of a batter that vegetables and meat are dipped into before being fried. The batter usually contains wheat flour, which contains gluten, and should be avoided.

In addition to imitation crab and tempura sushi, the other thing you will want to keep an eye out for are the sauces or marinades that might be used within a sushi roll, or drizzled on top. Soy sauce and teriyaki sauce both contain wheat, however some seafood restaurants offer Tamari, a gluten free soy sauce that can be used for those who are gluten intolerant. It is always best to avoid sauces unless you know for sure the sauce or marinade is gluten-free. It’s also better to be safe than sorry when it comes to wasabi as some restaurants will have different ingredients added, so what you’re getting may not always be 100% wasabi.

There is plenty of sushi that you can still enjoy. Sushi rice as well as Nori, the seaweed paper used to wrap the sushi, are both completely gluten free, and safe to eat. Fish that has not been marinated is also a safe option, as are vegetables like avocados, carrots, and cucumbers, just to name a few.

So sushi lovers – rejoice! There is no need to compromise on a dining-out experience if you are avoiding gluten! There are some great worry-free options on the menu, but it is always worth letting your server know ahead of time so they can help you find some delicious dishes that meet your health needs. 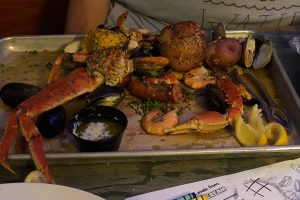