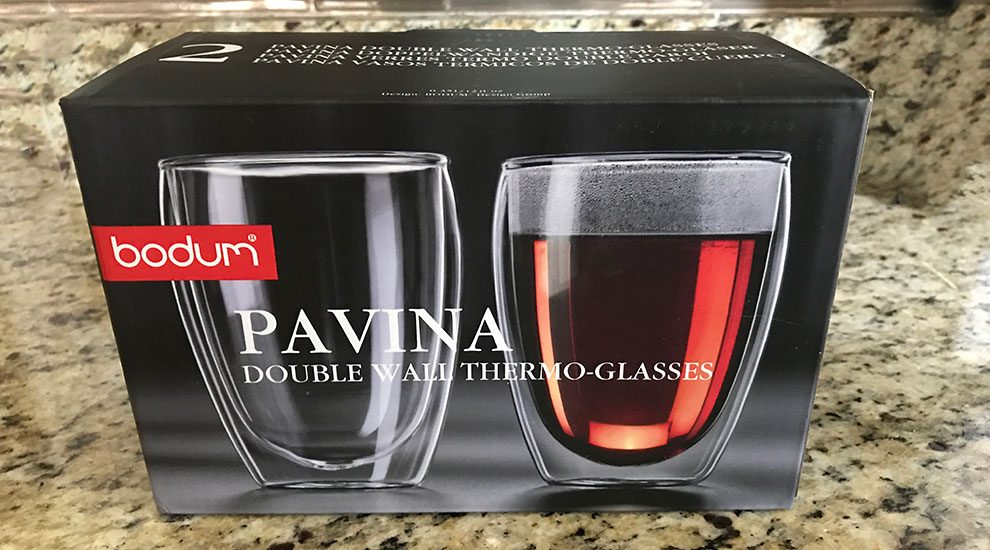 After writing our comprehensive review comparing the Yeti Colster and the RTIC Can Koozie, we decided to take a look and see what was out there in terms of glassware that incorporates the same ‘double-wall’ process in order to better insulate liquids. We came across a number of different glasses online that claimed to keep your drinks ice cold for longer than a normal glass would, but we wanted to put them to the test and see just how well they held their temperature.

The most popular glassware that we came across are from a company called Bodum. Bodum makes a variety of different products that include double wall thermo-glasses, french presses, salad bowls, toasters, coffee makers, blenders, and a ton more. Of course we don’t really care about any of those other products, we were mainly interested in their 12 oz Pavina Double Wall Thermo-Glasses. These glasses are designed to keep cold drinks cold and hot drinks hot, for longer periods of time than a normal glass. They are also designed so that hot drinks do not burn your fingers and cold drinks to do condensate and leave rings on your tables, or water on your hands. Essentially these are the perfect wine glasses, the perfect water glasses, and the perfect tea or coffee glasses…. or so they say.

I wanted to put these glasses to the test and see just how well they maintained their temperature, particularly on ice cold beverages, now that summer was here. We did similar tests last year when we pitted the Yeti against the RTIC in a battle to see which koozie kept your beer cold for the longest time, on a hot summer day, so we decided to do something similar with the bodum Pavina glasses.

Since we don’t really know much about these double wall insulated glasses, or their competitors, we just found a cheaper one on amazon and purchased it for the sake of this test. Unlike Yeti and RTIC, we weren’t really sure who the large brand direct competitors of bodum would be, so we found Princeton Wares, a company that sells an insulated glass pint glass, made for beer, and figured it would work. Even if it was shitty in the end, it would probably still be better than a normal pint glass, and we’d then have one around the house to use this summer, so it was a win-win situation.

We decided to test all three glasses in the same manor that we did the RTIC vs. Yeti test in that we would fill them all with the same liquid at the same temperature, and expose them to the same environment, and take temperature measurements every 30 minutes to determine which one held temperature the best.

In our other tests like this we were able to use beer, since we had some old beer laying around, unfortunately I do not have any old beer laying around right now, and I don’t want to waste any good beer, so this test was carried out using ice water. Seeing as how you don’t have to use these glasses for beer, we figured ice water would work just as well since it’s a liquid and we’re just measuring temperature variance across time. Honestly, the bodum glasses would be perfect for mixed drinks and wine as well, while the Princeton glass is larger and would work well for that nightly glass of water.

As I mentioned above, we filled all three glasses with ice water at the exact same temperature, and then placed them at room temperature while taking measurements every 30 minutes. Not all beverages that you drink will start at the same temperature as our test, but this is purely to show the variance in temperature over time to determine which of the glasses holds that temperature the best.

With the room temperature set to 70 degrees, and each glass at 41 degrees upon first measurement (immediately after filling each glass), we set our stop watch and began recording our results.

Our full results can be seen in the table below. 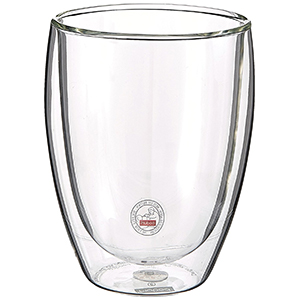 I picked up a set of two 12 oz. Bodum Pavina Glasses on amazon, which I thought was a great price. The glasses are well made, solid, and feel great in your hands. They remind me of stemless wine glasses, but slightly thicker due to the double wall. The thickness does make it feel a bit different in your hands, but nothing that would cause me to hate the glasses.

As with the other three glasses, the Bodum glass started with a temperature of 41 degrees fahrenheit as soon as it was poured. As the ice began to melt we did see a decrease in the temperature slightly and after 30 minutes the temperature had dropped to 38 degrees. This was definitely expected due to the melting of the ice, and it just meant that it was probably going to take a while for the temperature to raise to almost room temperature.

At the 1.5 hr mark we finally saw the Bodum glass reach a temperature of 42 degrees, which is above what it started at. For the next hour things remained fairly steady with the Bodum Pavina glass only reaching 46 degrees after sitting out for about 2.5 hours. If you haven’t finished your beverage by this point, then I think it’s safe to say you’re not really concerned about the temperature, since you’re clearly just nursing it, but as the test continues, we found that you have plenty of time to still enjoy it before it gets too warm.

When it comes to wines, experts say that if you’re drinking champagne, dry or sweet sparkling wines, you should aim for a temperature between 40 and 50 degrees, 45 to 55 degrees for dry whites and roses, and 55 to 60 degrees for other white wines. So if you’re drinking wine, then the Bodum glass is going to keep you good for almost 4.5 hrs, as that’s how long it took for the liquid to reach 60 degrees. By the end of our 6 hour test, the liquid in the Bodum Pavina glass had only reached a temperature of 65 degrees, which may be a little warm, but it hadn’t quite reached room temperature yet. 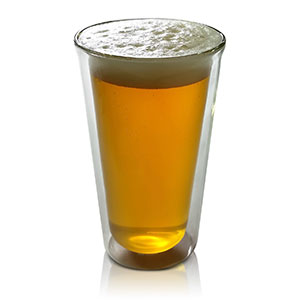 As with the Bodum, we performed the exact same test, at the same time, to determine how well the Princeton Wares double walled pint glass held the temperature of a liquid at room temperature.

With the water in the glass starting at 41 degrees, we also saw a slight dip in the temperature as the ice in the glass began to melt. After 30 minutes, the water in the glass measured in at around 39 degrees, only 1 degree warmer than the Bodum at the same time. In fact, at the 1.5 hour mark, the Princeton glass was still hovering around 40 degrees while the Bodum was at 42. I’m no scientist, but this could have had something to do with the fact that the Princeton Wares glass is a bit taller, but each glass had the same amount of liquid and ice in them.

At the 2.5 hour mark we started to see a jump in the temperature as the water hit 44 degrees and then continued to climb as the time went on. However, over the course of the entire 6 hour test, the ping glass maintained a temperature slightly lower that the Bodum did at each incremental measurement. When we concluded the test, the water in the glass measured in at 64 degrees.

Our control was just a normal glass from our kitchen that I bought when I moved out of my parents house. It came from target and does it’s job of holding water and ice… there’s not much else to it.

The temperature of the ice water in this glass started at 41 degrees just like all of the other ones, but unlike the other glasses, the temperature did not drop as the ice melted, it merely stayed the same. After 30 minutes the water still measured in at 41 degrees, but it was all downhill from there.

At the 1.5 hr mark the non-double wall insulated glass was already up to 53 degrees where the other glasses both hovered around 40-42 degrees. That’s a pretty big difference.

Around the 3 hour mark is when the normal glass hit the same temperature, 64 degrees, that it took the Princeton Wares glass to hit in 6 hours. And by the 4 hour mark the water was already at room temperature and there was no reason to continue to the test.

Which Double Wall Glass is Best?

After running our little test for 6 hours, we came to the conclusion that normal glasses are terrible when it comes to insulating your liquids. If you’re looking for something that can help maintain the temperature of your beverage for longer periods of time, or in varying temperatures, we have to suggest going with a double wall insulated glass of some kind. That being said though, which one is better, the Bodum or the Princeton Wares?

Honestly, they are both about equal. If I had to suggest one to buy, I would say that the Bodum is a slightly better deal only because you get two glasses for fairly cheap, but the Princeton Wares isn’t expensive either, and it’s larger and can hold more liquid.

Both of the insulated glasses we tested her performed very well across the board and held the temperature of the liquid as we expected. I honestly think if I didn’t have a Yeti Rambler 20 oz Tumbler, then I’d be using these glasses all the time. Which reminds me, why on earth did I not test the Yeti Rambler against these glasses as well…. keep an eye out for that article coming soon. 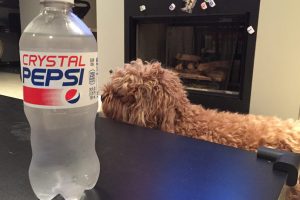 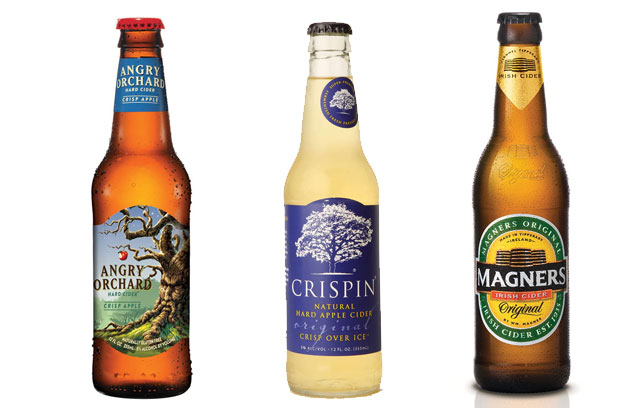