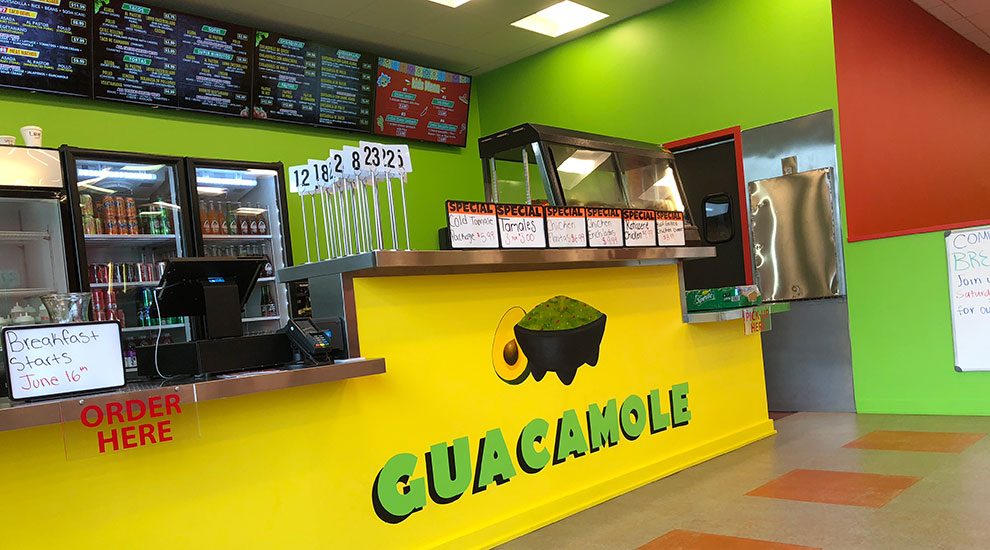 Located in what used to be a Panera Bread (I believe), this Taqueria is absolutely huge inside; way bigger than I was expecting when I pulled up outside. If you wanted to, you could throw a party for 300 of your closest friends and still have room for a dance floor… it’s that big. Unfortunately, while you never have to worry about having a place to sit if you just walk in during lunch time, I think the size of this restaurant is going to be its downfall.

When I say this place is huge, believe me, it’s huge. There are 14, 4 person booths that line either side of the dining area, then a line of probably 8 tables for 2 and then 8 more tables for 4, it’s insane. When I went in at 11:30am on a Saturday (granted, not quite lunch time), there was 1 couple having lunch in the dining area, while me and 2 other people waited for carry-out.

I really hope that they do a lot of carry-out business, because I can’t imagine that the rent on the space is cheap, and I doubt that the dining room is ever full…

That being said, the restaurant itself is very simple. The counter is directly ahead of you when you walk in, with a few chairs to the left for those waiting for carry-out, and then the dining room opens up to your right. It’s not a Chipotle style counter, where they make your food in front of you, instead, from what I could tell, everything is made to order in the back kitchen while you wait.

Honestly, I could care less if you scoop the meat out of a warming dish in front of me, or if you cook it to order in the back while I wait, as long as the food tastes good in the end, that’s all that matters.

As I approached the counter to order our very unauthentic Mexican tacos (unauthentic only because I never get just cilantro and onions on my tacos), I was greeted by an extremely friendly woman ready to take my order.

We had looked at the menu ahead of time, so I knew exactly what to order for myself and my wife, but I couldn’t help notice the giant sign in the front that talked about them serving breakfast starting on June 16th. And being a huge fan of breakfast tacos, I had to question what would be on the breakfast menu.

While she didn’t know exactly what the final menu would be, she did confirm that breakfast tacos would be on there, as well as things like french toast, pancakes, and huevos rancheros. The french toast and pancakes kind of threw me for a loop, so I’m not sure if they are planning to expand into more traditional breakfasts in order to take advantage of the space, or if they are going to have some crazy french toast and pancake breakfast tacos, which would be amazing, but I guess we’ll have to wait and see.

But we weren’t here for breakfast this time, we were here for tacos… lunch tacos.

I’ll be honest for a second, my favorite tacos in the world come from Taco Bell… sorry, they just do. I know it’s blasphemy to say, and it probably discredits anything I write on this site (although it is a site about me not liking food, so…), but seriously, Taco Bell tacos are my favorite tacos.

I’ve been to plenty taco places in the Chicagoland area, like Big Star and Taco Diablo, but I know what I like, and seasoned beef, cheese and lettuce, wrapped in a giant nacho cheese Dorito, is heaven to me… However, when fast food tacos aren’t on the menu, I usually gravitate towards carne asada and al pastor.

I actually probably would have gotten onions and tomatoes on my tacos as well, but with my IBS issues, those foods don’t sit well with me, so I try to avoid them.

We did not eat in the restaurant this time as we were dealing with a sick kid, so I just picked up the order to bring home. But the food traveled just fine, so I don’t think you need to eat at the restaurant to get the full effect.

I thought the carne asada tacos were actually very good. The meat was not too chewy and was flavored pretty well. It wasn’t overly flavored, but the natural flavor of the meat came through pretty well, and the way it was cooked was perfect for my shitty taste in cooked meats (medium-well). The lettuce and cheese were just that, lettuce and cheese. I’m not sure what kind of cheese it was, but if I had to guess I would say it was Chihuahua Cheese. It was white and very melty, and was definitely not cheddar cheese.

I would definitely order the carne asada tacos from Guacamole Taqueria again if/when we get lunch from here again.

I’ve had plenty of al pastor tacos in my day and they all seem to come with pineapple on them. I’m not sure if that’s just what Big Star does, and therefore, what other people are trying to duplicate, but the al pastor tacos from Guacamole Taqueria did not have pineapple… If you order then the correct way, they would just have onion and cilantro, but of course, mine had cheese and lettuce.

Now, I did think the al pastor was good, but I’d be lying if I told you it wasn’t just a bit too spicy for my taste. I’m not a huge fan of spicy, so anything just a little overly spicy, turns me off and immediately has me worrying about whether or not I’m going to have an IBS flair up because of the spice.

And that’s not saying that the al pastor wasn’t good, because it was, it just wasn’t to my taste, and, full disclosure, it did cause some stomach discomfort. But that had absolutely nothing to do with the food itself, or the way it was prepared, it has to do with the way my body reacts to certain things. My wife finished the 1/2 of the al pastor taco I didn’t and she was totally fine, so don’t take that the wrong way.

It’s also possible that, outside of the hot spices in the al pastor marinade, there could have been onions and/or garlic, which aren’t my friends. So take my review of the al pastor with a grain of salt and try it for yourself.

I can’t comment on the pollo taco as I did not try it, but my wife really enjoyed it and said she would probably order it again. I actually think the next time we go, I’d get a pollo taco and a carne asada taco instead of the al pastor, so maybe I’ll update this section in the future after I’ve had a chance to actually taste it.

Guacamole Taqueria in Niles is good. It’s a good taco joint for the suburbs with quality food and ingredients, good portion size (lots of meat), and a great menu. I’m super excited to see what they offer on their breakfast menu and we’ll certainly be back here in the future.

If you’re looking for Taco Bell-type tacos, this is not your place, but I don’t think you’ll be disappointed, just go with cheese and lettuce as toppings if you’re as picky as me.

The dining room space is nice, but I hope that the size of the space (and whatever the rent is on that space), doesn’t force them out prematurely. It is a really large space, and based on the amount of people in there when I was there, I hope they do really well on carry-out and/or delivery.

We haven’t really tried any taco places in the area since we moved in, we’ve thought about going to Las Fuentes, but it always seems dead and I’m still bitter about Champps leaving that space. But if someone recommended we try it, we might make it a point to check it out… it’s just not high on the list right now.

Guacamole Taqueria is a solid attempt to bring those traditional Mexican taco flavors to the suburbs. The carne asada is delicious and the al pastor will probably appeal to a lot of people, I just hope it sticks around long enough for people to try it. 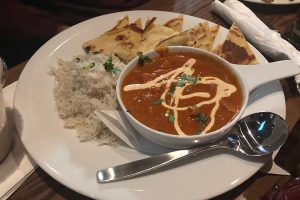 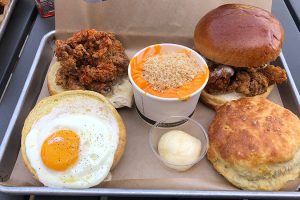 Honey Butter Fried Chicken Chicago – Does it Live up to the Hype?