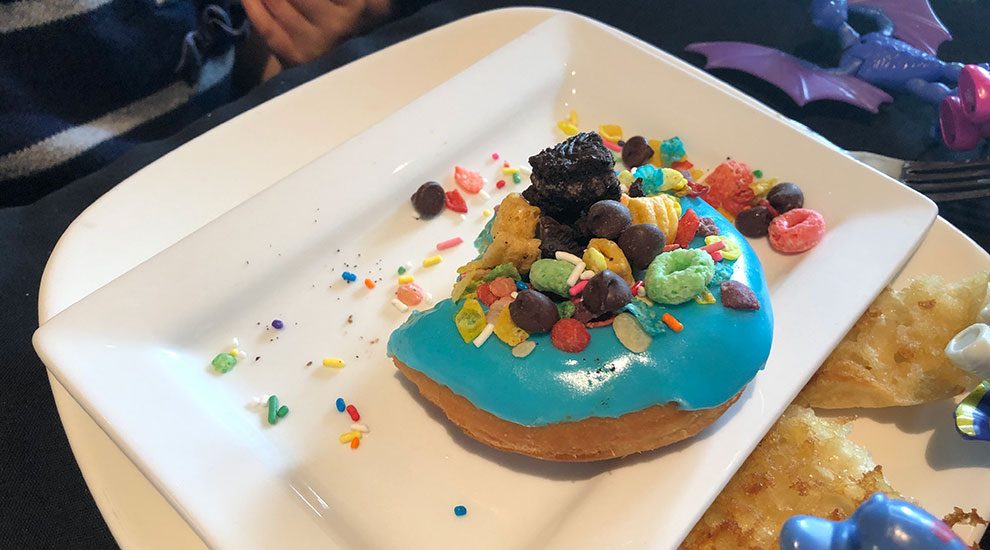 We’ve been to Granite City a number of times for dinner over the last couple years and really enjoy their food, so we thought it would be a good choice. And we’ve also heard good things about their “Lawless Brunch” that happens, I believe, every weekend. And I think the normal brunch, that doesn’t fall on a holiday, is around $20 per person, while the Mother’s Day brunch was $30. Which isn’t too bad in my opinion, but let’s take a look at what you get for that price.

I can’t really speak to the Lawless Brunch at Granite City because I’ve never had it, but I’ve heard that it’s pretty good, especially for the price, which may or may not include bottomless mimosas (the website isn’t super clear). Either way though, since we had heard good things about the brunch we figured it would be a solid choice for us to check out.

Our group is a bit larger these days, 8 adults and 3 (soon to be 4) kids, so we always make sure to make reservations way in advance, especially when it’s a holiday. So knowing that, we called probably a month before Mother’s Day and made our reservations for 11 and that was that.

Come Mother’s Day we arrived at the restaurant about 15 minutes before our reservation and were told that they were just clearing out a section for us. Ok, cool…

But this is where things became a little strange…

In case you weren’t aware, my wife and her family are Filipino. That’s not super important in regards to most things related to this site, but it is in this case, and you’ll see why in a second. So, as I said, we arrived at the restaurant 15 minutes early and let them know that we are there and they tell us it will be a few minutes while the clean down the table. We tell them that’s no problem because we’re still waiting on a few people from our party (2 to be exact).

So far so good.

Now, keep in mind that during this whole exchange there is another Filipino family sitting across from us in the waiting area… a Filipino family that we are not associated with.

After a few minutes the hostess comes up and says that they are going to be able to seat us now. Great.

So we make our way to the back of the restaurant where there are 2 longer, normal, tables setup, and 1 longer table that was created out of a folding table and 1 normal table, with a table cloth over it.

The hostess points us to the back table, which only has enough seats for 8, and says that we can sit there until the rest of our party arrives, but at this point all 11 of us were there, so I informed her of that and she kind of pointed to the whole back section and told us that we could just sit anywhere… which seemed kind of odd.

Well since the booth table didn’t have enough seats for 11 of us, we had to sit at the makeshift table that was created out of a folding table and a table cloth, and that still wasn’t quite big enough for our entire party, but we made it work.

Shortly after we sat down a server came over and told us that he would be right back to take our drink orders. And since we weren’t sure if we could just get up and go to the buffet at this point, we just sat and waited.

After a few minutes of waiting we noticed that, that other Filipino family, the one that was sitting across from us in the waiting area, was being seated at the booth tables next to us. The ones that the hostess initially said we could sit at… in the area she told us to “just sit anywhere”.

And that’s when something was starting to dawn on me.

I bet the hostess things we’re all part of the same party… since they were all Filipino.

We definitely were not all part of the same party, and it was evident a few minutes later when the rest of their large party started to arrive and they were forced to sit at another folding table that didn’t even have a tablecloth on it, because we were sitting in a table that, I’m guessing, was meant for their table.

My suspicious were confirmed even further when we were finishing up our meal and the manager/owner came over and was talking to us asking who she spoke to on the phone about our party, etc… It was obvious that she spoke to someone in the other, much larger, party, and also thought that we were all together.

It was just an overall weird experience, and I can’t help but wonder where we would have sat if they didn’t think we were part of that large group, because there weren’t that many open tables left at our reservation time.

In the end though, it was just a misunderstanding, so I get it… it was just odd. And I just really hope that my father in-law didn’t end up paying for any of the food from that other party when our bill came.

But enough about that weird situation, let’s talk about the food.

I’m going to apologize in advance, the only photo I took of the food was of my daughter’s donut, which is pictured at the top. I try my best not to take out my phone when we’re out at a family meal, even if it means sacrificing an image for this site. But if it makes you feel any better, while the food tasted good, it really wasn’t anything fancy to look at… I mean, it’s a buffet…

So what sort of food was in the buffet?

It had your typical breakfast foods: scrambled eggs, sausage, bacon, turkey sausage/bacon, french toast, etc. It also had tortellini, mac n cheese, prime rib, an omelette station, fruit, muffins, bagels, and a donut station where they would frost your donut in front you and you could add whatever toppings you wanted.

Overall the food was really good. I’m normally not a fan of buffets in general, but I was pretty impressed.

I stuck to the breakfast basics though, so take that as you will. French toast, scrambled eggs, bacon, sausage, and a cinnamon roll are what I stuck with, but everyone seemed to enjoy everything they tried. My in-laws were very impressed with the food, so overall it was a win.

My only complaint with the buffet is that it was very cramped. The restaurant itself doesn’t have a large area for a buffet, so it was kind of jammed in between the bar and booths in the front of the restaurant, which made it a bit difficult to file through, especially when the line got long… which it did at times. But other than that, everything was pretty good.

Our service was good, considering the amount of running around everyone was doing to ensure that used plates were removed from tables promptly. The only issue we had was tracking down someone to bring us more champagne glasses, but it wasn’t the end of the world.

Overall if you’re looking for a solid weekend brunch in Northbrook, then Granite City should definitely be on your radar. From what I understand, the brunch on normal weekends is around $20 per adult, with holidays bumping up to $30. And at the $20 price point, it’s a no brainer, as you’d spend just as much going anywhere for brunch and having a mimosa, so why not get all the food you can eat for the same price.

At the $30 price tag (which I’m not sure included our mimosas), I’m a little more hesitant to recommend it, but only because I don’t think most of us ate $30 worth of food… Oh, and I think the kids were only like $8-9 bucks, which is definitely worth it in their case.

So definitely not bad, the situation with our party being confused with another party was definitely a little weird, but our experience otherwise was positive overall. 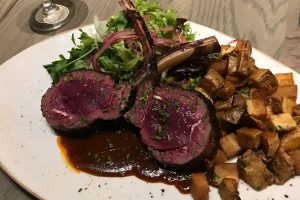 The Franklin Room Chicago – We’re Friends With The ‘Group’

The Dagwood Challenge at The Ohio Deli and Restaurant
Cafe Ba-Ba-Reeba! Chicago – My Love, Hate Relationship With Tapas
Comment