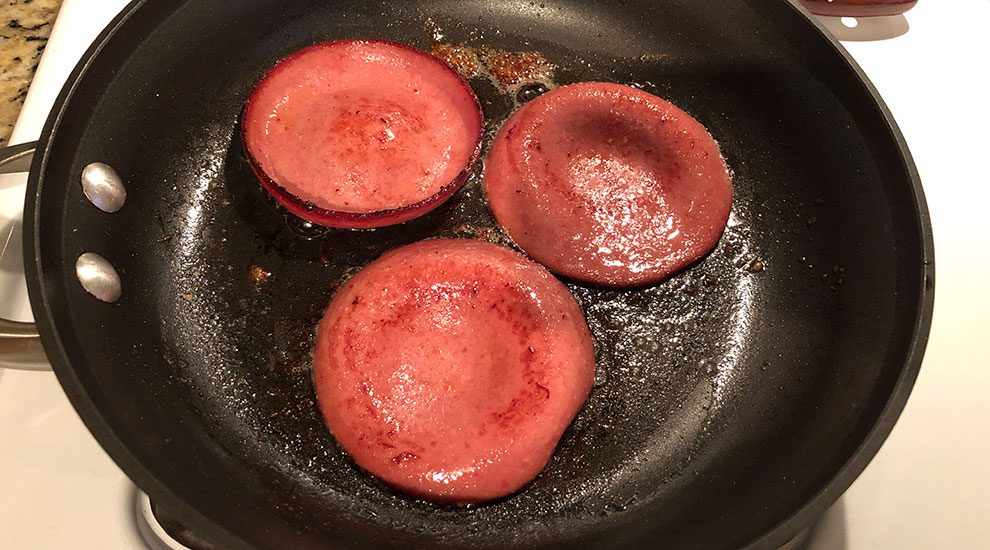 Oh fried bologna sandwiches, how I miss you…

I’m a grown ass man. I can eat whatever the hell I want to eat, whenever I want to eat it, so I’m not sure why I haven’t bought a package of bologna, some bread, and fried that shit up on the stove in a while…

Oh, that’s right… probably because my stomach isn’t what it used to be. Even back in high school when I would fry up some molded pork & chicken parts for lunch, it wasn’t always the best outcome. So now that I’m getting close to 40, I’m sure the result would be disastrous, but I can still taste it on my lips as I’m sitting here at my desk writing about it. And I’m sure some of my high school lunch friends can still smell that burning mystery meat…

Fried bologna is one of those gross foods that you hear people talk about, and see on a random restaurant menu, but would never even think about eating yourself. It just sounds like a bad idea, but in reality, it’s absolutely incredible and should be tried by everyone at least once in their life.

This coming from the guy that makes fun of his wife for eating, and loving, SPAM. But growing up in different cultures leads to different processed meats in the fridge (or cabinet, if you’re into that canned meat stuff).

I grew up with bologna sandwiches. Whether they were fried or not, we always had a package of bologna in the house ready for lunch. It actually got to a point where I became sick of bologna due to the fact that it seemed like every lunch that my mom packed for me to bring to school was a bologna and cheese sandwich, with miracle whip (surprise, I don’t like mayo either). So after a while I just stopped eating those, but then my mom introduced me to fried bologna, which I had never even considered.

The idea that you could eat a cold deli meat, hot, was foreign to me, and sounded like a terrible idea. But think about it, grilled ham and cheese, or turkey and cheese, sandwiches are delicious, and that’s basically heating up a cold deli meat as well. So why would bologna be any different?

Well, let me tell you, it absolutely is different, in the most amazing way possible.

There’s nothing quite like the taste of mechanically separated chicken and pork, mixed with some random spices, and other ingredients I’ve never heard of, cooked up in a frying pan until it leaves weird black stringy things all over the place.

And it’s because if that amazingness that I wanted to post this recipe so that everyone can taste my childhood (and probably my lunch for tomorrow).

How to Make Fried Bologna

Super simple list of ingredients. We’re not doing anything fancy here guys, we’re making a basic sandwich. If you can’t figure out how to make this, you probably shouldn’t be anywhere near the stove.

1. The first thing we need to do is take your frying pan and put it on the stove. Set the heat to like a medium-ish heat. The hotter the pan, the more splatter we’re going to get from the bologna. Yes, it will splatter everywhere no matter what you do. You can cover it in the pan if you want, I just deal with it.

2. Add some butter/margarine to the pan to coat the whole bottom of the pan. If the heat is too high and the butter is bubbling, turn it down. We just want the butter to coat the pan, not spray everywhere.

3. Take 4 pieces of Oscar Mayer bologna out of the package and place them in the frying pan with as little overlap as possible. We’re going to be turning them a lot so the overlap won’t really matter as long as you turn them in different orders each time, thus allowing each piece of bologna to fully hit the bottom of the pan.

4. If you want, you can cut a slit down the middle of each piece of bologna as the middles will start to bubble up, thus keeping the middles from cooking as well. Or, you can just use a fork and push the middles down to the pan.

5. After a few minutes of cooking, and avoiding the splattering grease, flip over each piece of bologna in the pan and cook for a few more minutes.

6. Repeat the flipping every couple minutes until the pieces of bologna start getting their little black crust around them. I personally love the little black burnt parts, so cook to your desired done-ness.

7. Next take your pieces of white bread and slather both sides with yellow mustard.

8. Take each piece of bologna off of the frying pan and place on the sandwich. I like to slide the bologna over the edge of the pan, just to remove some of the excess butter/grease that may have formed on there… this is definitely not a healthy sandwich.

9. Enjoy one of the greatest sandwiches ever.

It’s been way too long since I’ve enjoyed one of these incredible sandwiches, but I can still taste it in the back of my throat as I write this post. Even though it may sound disgusting, and believe me, a lot of food sounds disgusting to me, give this a shot and see what you think.

Feel free to adjust the recipe as you see fit as well. I’ve seen some people making it with cheese, or a condiment other than mustard, but I would stick to this recipe first before you branch out and try to get creative with it.

This recipe works and you’ll find out why with that first bite.

If you do have another take on fried bologna that you used to eat as a kid, or hell, still eat as an adult, I’d love to hear about it in the comments. I’m always looking for new lunch ideas that I can cook up while working from home. 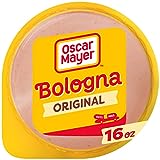 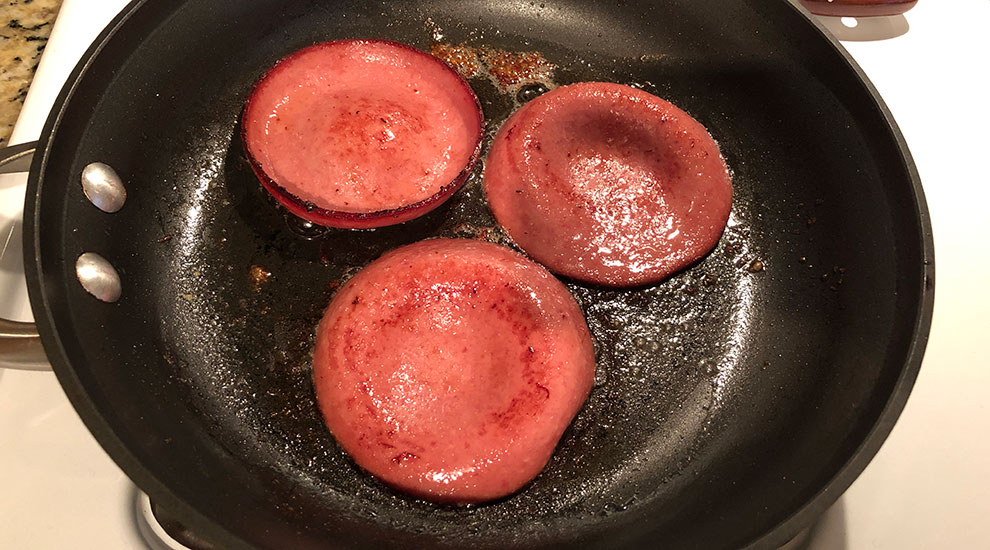 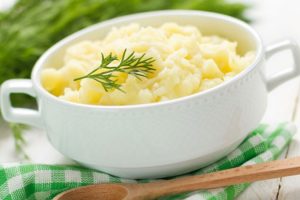 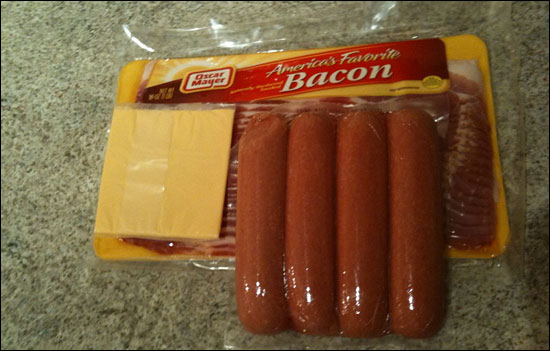 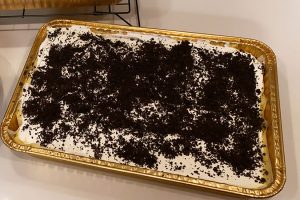