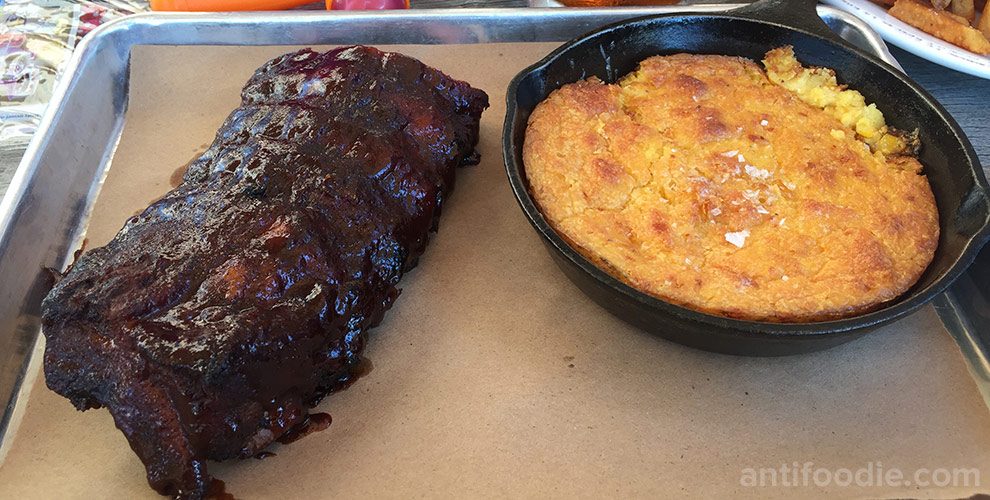 Despite being a tad on the warm side, and some thunderstorms early Sunday, I don’t think we could have asked for a better weekend in Chicago. With the weather being so nice we made it a point to spend as much time outside as we possibly could. And in doing so, that meant that we ate out for pretty much every meal of the weekend, which we never do.

Saturday morning started with a walk down the street to grab some donuts at DB3 Donuts. DB3 Donuts specializes in gourmet donuts (I guess?). They have some normal donuts, but the real treat lies in the “fancy” ones.

The kid enjoyed her maple cinnamon, while I had the “Fruity Pebbles” donut. I honestly can’t remember what my wife had, but I think it was some insane chocolate filled something or other, she enjoyed it. As for the Fruity Pebbles donut, it’s pretty solid. I do feel like the fruity pebbles on top are just sort of a novelty, but the donut itself is delicious, as is the glaze on top. Next time I go I think I’ll have to switch it up and try “The Dude” which has bacon on top of it, but I was thoroughly satisfied with the fruity pebbles one. I think the only thing that would have made it better is if someone poured fruity pebbles in a bowl of milk, let it sit for a little while, and then served me a glass of that milk. There’s nothing better than drinking the milk after eating a bowl of fruity pebbles.

I don’t go too crazy here either, I get a basic steak roti wrap with cucumber & tomato salad and mixed greens. I don’t get hummus, I don’t get dill sauce, I don’t get anything else, just meat and veggies, and it’s awesome. The cucumber & tomato salad is really what sells the whole wrap for me. The meat is good, but I could eat that salad in a wrap by itself. I actually like Roti more than I like Chipotle, and I love tacos so that’s saying something. I also don’t like how Chipotle makes me feel afterwards, not to mention the ridiculously chewy steak, so the consistency and flavors of Roti put it above Chipotle in my book.

Saturday night we wanted to sit outside somewhere and have dinner. We thought about going into the city to Honey Butter Fried Chicken, but nobody really felt up for going down there, so we opted to stay local and got to Smylie Brothers Brewing Co.. I’ve written about Smylie Brothers in the past, but the food and beer is awesome, so we of course we continue to go back. The only problem is, now I just order the same damn thing every time we go.

The BBQ ribs (pictured at top) here are so good that I may never get around to trying anything else on the menu… which sucks cause there’s a lot of food on the menu that I want to try. And it doesn’t help that for some reason the ribs seemed a bit different this time than the last time, in a good way. They were super meaty, cooked perfectly, sauced perfectly… There was just something about them this time that made them seem better than the last time, but it could just be me. We frequent Ten Mile House a lot, since it’s down the street from us, and I get the ribs there, so I could just have their ribs in mind and am making an unfair comparison to the last time we were at Smylie’s, but either way, the ribs were amazing. The spoon bread was as delicious as ever as well.

Celeste got a pizza (not sure which one) and Nick got the burger, which I think I’m going to have to try next time. For some reason I thought that the burger was a new addition to the menu, as I hadn’t remember seeing it before, but I was told that it’s been on there since they first opened. I think I’ve just been blinded by the ribs to notice anything else on the menu. So next time I’m definitely going to get the burger and see how it stacks up. I’m a big fan of griddle burgers, which this burger is, so I’m sure I’ll enjoy it.

Speaking of griddle burgers, we made our way back over to Shake Shack for dinner Sunday night, but not before hitting up the Fountain Square Art Festival in downtown Evanston to check out what was going on, grab a couple drinks and a snack, listen to music and hang out. I didn’t end up buying anything this year, but there was definitely some cool artwork out there. My favorite being the guy that draws little animated monsters on top of photographs of Chicago and New York. I really wanted to buy some, but our condo is becoming a bit cramped as it is and there’s no good place to hang anything right now. Once we get into a house I’m sure I’ll pick something new up, but for now we just had some beer that Farmhouse was serving, I had a breakfast taco from the Amanecer food truck that was setup out there, and we listened to some music.

I got the Potato & Cheese breakfast taco and it was pretty tasty. Visually it’s not the most appealing thing in the world, but don’t let that fool you, it hit the spot. It pretty much contains exactly what it sounds like… organic potatoes, Chihuahua cheese, tomatoes, onions, all wrapped in a freshly cooked flour tortilla. The guy working there told me that between the Chorizo & Egg and the Potato & Cheese, that the Potato & Cheese was his favorite, but I’m sure that chorizo one is pretty good as well. And looking at the menu on their website, I really wish they would have had the Potato & Egg one out there, but unfortunately they did not. I guess I’ll just have to hunt them down and try one.

After we left the art fest we made our way over to Shake Shack in the Old Orchard Shopping Mall for dinner. We had both been craving it since Saturday when we decided on Roti for lunch instead of battling my personal hell that is Old Orchard, but the craving never went away so we had to go. Thankfully we lucked out on parking and I didn’t turn into my disgruntled self while dealing with that place.

There’s not much else I can say about Shake Shack’s burgers other than they are f$&%ing outstanding. I would obviously still say that somewhere like Au Cheval and maybe even Edzo’s are better, but in comparison to places like Five Guys, In-n-Out Burger, M Burger… those different types of fast-casual places, I would say Shake Shack is the best. Edzo’s might be considered the same type of fast-casual, but I think I do like Edzo’s a bit more still, but either way, it’s a damn fine burger.

If you haven’t had Shake Shack, I definitely recommend you try it out. Hell, if you haven’t had Au Cheval or Edzo’s either, I highly recommend checking out both of those as well. Obviously I enjoy my griddle burgers, and all of these places knock it out of the park. Do yourself a favor though, make sure to get a double cheeseburger from all of these place… I went with the single cheeseburger from Shake Shack Sunday night, because I had that breakfast taco right before, but it wasn’t enough, I should have gotten the double. So note to self, even if you just ate a breakfast taco, still get the double cheeseburger or you’ll be eating cheese and crackers at 10 o’clock at night cause you’re starving.

So that was our weekend of indulging. Normally we don’t eat out that much over the weekends, but we felt like splurging… and we enjoyed every minute of it. 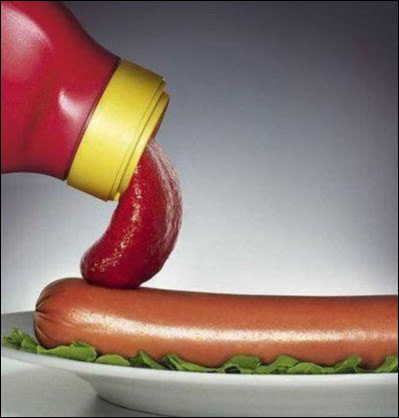 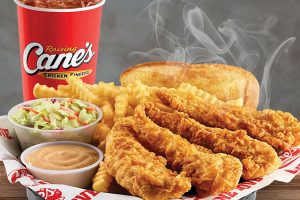