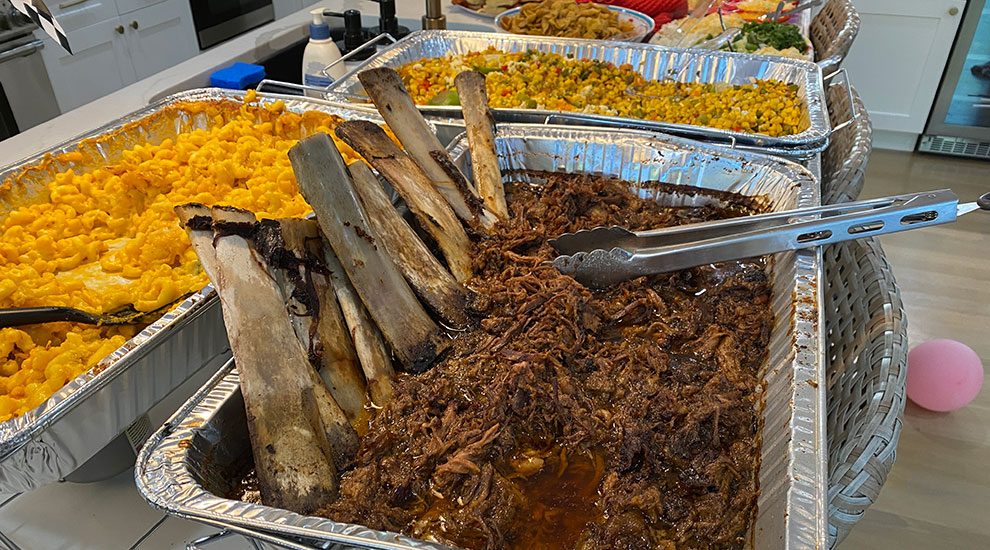 I struggled with coming up with an appropriate title for this article because Halee (Hard Bitten) absolutely blew me away last weekend when she was the guest chef at our friend’s daughter’s 3rd birthday party. Even though the food didn’t appear to be super upscale or “fancy”… everything was absolutely incredible and delicious, and despite how I’m describing it here in the first sentence, I know she put a lot of time and effort into everything she made, and it showed 1000%.

From what I was told, Halee/Hard Bitten ended up being the private chef at the party through a Google search, which led to an Instagram page, and that Instagram page is what sold our friends on hiring here to provide the food for the birthday party.

I’m not going to lie, when I looked at the Hard Bitten Instagram page it doesn’t come across as the Instagram page of someone who does a lot of private events like this, but if you comb through all of the pastry and cake posts you’ll find some incredible looking meals that she has cooked for people.

When we first arrived at the party I got a chance to talk with Halee for a few minutes about what she was making, what she did along with private events, and just some random food talk and was instantly impressed… Although I think she was a little apprehensive of me since I immediately told her that I ran a website called Antifoodie and that I wasn’t really that into food, but willing to try things because it makes my wife happy, ha! I also gave her an Antifoodie koozie to help her keep her hard seltzers cool, but I’m sure she just tossed it in a bag and forgot about it. (which probably the same thing most of the guests at the party did with theirs when I handed them out, lol).

After we talked for a bit I went back outside to let her do her thing in peace without me bugging her, and so I didn’t hold up any of the food… it all looked so good.

As usually with these posts, I didn’t try everything that was on the menu for the day, but I can absolutely tell you that I heard nothing but praise for all of the food that was presented.

Let’s run through the stuff that I didn’t try, first, and then we’ll jump into what I did eat… and continued to eat for the next 3 days at home because there were so many leftovers and it was that good.

Broccoli Salad and a Corn Salad

I’m not a big vegetable person so it should come as no surprise that I didn’t try these dishes. And honestly I don’t even know what was all in them, I just avoided the vegetables because of how good everything else looked.

You can find these dishes hiding in the corners of a few of the pictures below so if you’re curious as to what was in them, you can try to make it out based on the photos. I know my wife enjoyed both of these dishes and pretty much everyone else at the party that ate them did too. So it was definitely nothing against the food, I was just saving room for the rest of the stuff.

This is where most people called me crazy, since I didn’t try any of these three dishes, even though they were definitely the hit of the party.

I’m not a big seafood guy, so the lobster rolls were immediately off the table, even though I have had the lobster grilled cheese and lobster mac n cheese bites from our good friends at The Happy Lobster Food Truck, but I’m not all about the lobster roll, so I passed.

I’m also not really a fan of aioli sauce or mayo, so that played into the pass on the lobster rolls as well as the pass on the hot chicken sliders… which I’m kind of regretting now. The chicken sliders had chicken, aioli (I’m guessing), and pickles, so unfortunately I had to bow out because of the aioli and the pickles, but after tasting the chicken fingers she made for the kids at the party, I’m definitely kicking myself for not trying the chicken sandwich.

As for the Prosciutto things… I love prosciutto, so that wasn’t the issue, I just didn’t really care for the other stuff included in the dish. Again, wife said it was awesome, so I’m sure it was… just not my thing.

When we first arrived, Halee was making some small grilled cheese sandwiches that looked absolutely incredible. Imagine how disappointed I was when she told me they were for the kids… but that didn’t stop me from eating like 20 of them after all the kids had eaten, and at home that night when we were gifted leftovers because there was so much food.

I’m honestly not even sure what kind of cheese was in these grilled cheese sandwiches, but it seemed like there were a couple different kinds. And my wife and I also noticed that some of them seemed to have a bit of a kick to them, there was something spicy. I’m not sure if it was one of the cheeses that was a bit spicy or if some of them had some jalapenos in them or something, but a few of them definitely had a hotter flavor than I would expect from just a grilled cheese.

The chicken fingers were very similar in that they had a little bit of heat to them, but not enough that would turn off most kids… of course they were too spicy for my kids.

These chicken fingers were so freaking good that I’m a little upset we didn’t bring more of them home, and that I didn’t eat more of them at the party. The outside breading was super crispy and flavorful, while the chicken inside was perfectly cooked. I really don’t know that I’ve had a chicken finger that was this good, ever… or at least as long as I can remember.

The theme for the party, since it was a late lunch/early dinner meal, was sort of a loose BBQ theme, so short rib tacos and mac n cheese were the main dishes served up, and they were both incredible.

I think I overheard Halee telling someone that the short rib was cooked for 16 hours, or something ridiculous like that, and the dedication and time she took to make this absolutely showed. Whatever it was marinated or cooked in really brought out the flavor of the meat and blew me away when I made my first (of like 9) short rib tacos.

If you know me, or you’ve read this site, you know that I’m super plain when it comes to food, with tacos being no different. Taco Bell is my absolute favorite, and whenever we order from a more traditional Mexican restaurant, I get my tacos “Gringo-Style” with just meat, lettuce, and cheese. And with no lettuce available for the tacos I opted to just go with short rib and cheese.

And let me tell you… the flavors that came through from the short rib were so good that the cheese was kind of just an afterthought in terms of the taste. There was so much flavor in the meat that I don’t think anything else I could have put on the tacos would have overpowered it.

There were plenty of other toppings that could have been added to your tacos, from cheese and queso, to onions, cilantro, and a few different types of salsas. But even going the plain route that I did was well worth it. So worth it, in fact, that we took home a ton of leftovers and my wife and I have been eating them for pretty much every meal since Saturday…. and I think we even froze some of it so we could enjoy it at a later date.

In addition to the short rib there was also Mac n Cheese for the side (although we did add the mac n cheese to the tacos when we ate them at home). Again, I have no clue what kind of cheese was in the mac n cheese, and honestly I don’t even want to know, because sometimes hearing a cheese I don’t like ruins a dish for me. So in this case, whatever cheeses were in it blended perfectly together. It was a baked mac n cheese too so it had that nice crust along the top that just put this leaps and bounds over most mac n cheeses that I’ve eaten in my life.

And, on top of that, my kids actually really loved it, which is surprising because normally if it’s not Kraft mac n cheese, or doesn’t look like Kraft mac n cheese, they won’t even bother trying it. So it definitely gets the kids approval, as well as the Antifoodie approval.

Overall Hard Bitten absolutely crushed it when it came to providing insanely good food for the party and I would definitely recommend Halee if you’re looking for a private/personal chef to come cook for your party. I kind of want to hire her for just a small dinner party, just to see what she can do when she’s only cooking for 5-6 people as opposed to 30-40.

Be sure to send her some love on Instagram and at her Website… and also check out her homemade pop tarts that can be found at various locations around Chicago. 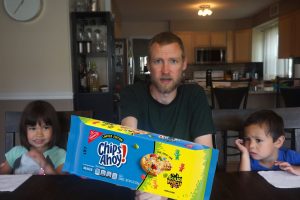 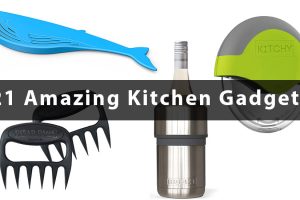