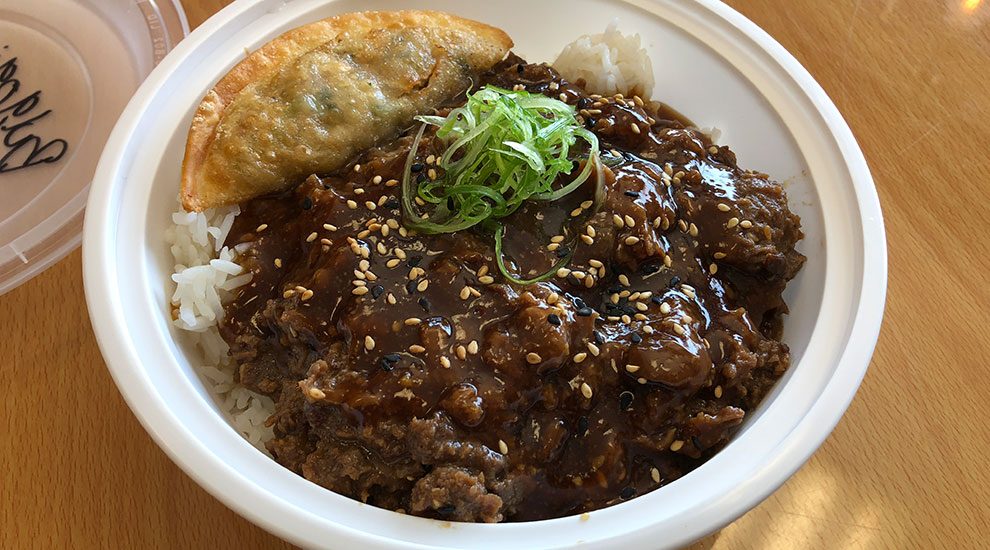 I’m not sure why it has taken me so long to write about Savory Crust in Morton Grove, but I’m kind of glad I waited. They just introduced some new menu items that expand upon their normal empanada offerings, and they are definitely worth checking out.

Savory Crust in Morton Grove has been serving up delicious empanadas to the community for a little while now, but just recently started offering Asian/Filipino inspired bowls as well as Halo Halo, a Filipino dessert.

If you’re looking for a new spot to grab lunch, or just want to try something a little different than they typical fast food in the area, Savory Crust is a great place to start.

Up until recently, Savory Crust had been known strictly for their empanadas, as well as a few side offerings like plantain chips and elotes, but for the most part you went here for the empanadas.

The menu currently features nine different empanada choices, but if I remember correctly, they do sometimes offer speciality ones depending on the week, so be sure to follow them on Facebook to see what’s coming up.

The wide variety of empanadas on the menu each day is enough to keep you satisfied though. There are offerings that feature Argentinian beef, pork belly, spinach, chicken curry, chicken pot pie, cheese, philly cheesesteak…. and of course, my favorite, bacon! Of course, not all of these ingredients are featured in 1 single empanada. That’s just the range of ingredients across their menu line-up.

In terms of the empanadas though, my favorite is definitely the Bacon, which is just bacon and cheese inside the flaky empanada shell. I know it’s pretty boring when it comes to the other ingredient choices, but between my boring taste for food, and the FODMAP diet, I am pretty limited in what I can choose from.

I would love to try the Philly cheesesteak one, but the fact that the empanadas are all prepared ahead of time, and cooked up when you order, means that they can’t really take special orders, or substitute ingredients. Which is totally understandable.

Now, when you get your empanadas you don’t have to just eat them plain, Savory Crust has developed a line-up of stellar sauces to help compliment the flavors of the food pocket of your choice. Again, I don’t venture too far out of my comfort zone, so I have not tried all of these, but there are 5 sauces to choose from: Avocado Lime Cilantro, Blackberry Hoisin, Spicy Chimichurri, Chimichurri, and Sriracha Aioli.

My wife really seems to enjoy the sauces, so I would definitely recommend giving them a try. I’m just a terrible person when it comes to trying foods I don’t know…. which is kind of amazing considering I have a food blog… oh well.

Unfortunately I don’t have any pictures of the empanadas at this time, but I’ll update this post when I do.

Now this is what I’m talking about. Correct me if I’m wrong, but I believe the owners of Savory Crust are Filipino, and they attract a large number of Filipino patrons, so it was only fitting that they started branching out their menu with some more Asian/Filipino inspired dishes.

My wife is Filipino, and we’ve ventured out to a few Filipino restaurants in the area, so she was super excited when she saw these new additions to the Savory Crust menu. So much so in fact that we had to run right out the weekend they started offering them, so we could give them a taste. And I’m not one to turn down some delicious Bulgogi, so we ventured out to give it a try.

There were three bowl options available when they first started offering these new menu items, but after just checking Facebook, it appears that they’ve added another to the menu, a Filipino Beef Stew called the Afritada Bowl, which is Tender pieces of beef seared in garlic and sweet onions, simmer in tomatoes, red and green peppers and tender potatoes. And I see that my wife liked their Facebook post about it, so I’m sure we’ll be going back.

But anyways, the original three bowl offerings were: Adobo Chicken, which is chicken simmered in traditional Filipino flavors, marinated with garlic, soy sauce and vinegar. I do love me some Adobo, but I’m wary of garlic these days so I had to stay away. The 2nd option is the Sesame Ginger Pork, which consists of marinated pork with fresh ginger, topped with toasted sesame seeds and scallions. And the last option, the option that I went for, is the Bulgogi Beef, which is slices of marinated beef with a hint of garlic and sweetness. And I know what you’re thinking, “I thought he said he was trying to stay away from garlic”, yeah… but when it comes to bulgogi, I can’t pass it up.

So obviously, I went with the Bulgogi bowl (pictured at top), while my wife got the Adobo Chicken bowl (picture above)… and I also got a bacon and cheese empanada, cause I can’t go to Savory Crust and not get one… come on now…

The bulgogi bowl was absolutely amazing, actually much better than I was expecting. My only small complaint was the amount of sauce that was piled on top. I was kind of expecting the meat itself to just have a little sauce on it, but it seems like they also put a ladle full of sauce over the whole thing. I guess it’s not really a complaint, just a little unexpected. But it was nice to have that extra sauce to mix around with the rice once I was done with the beef.

For $10 though, the Bulgogi Bowl is absolutely something I will be going back for pretty soon. If you have never had Korean bulgogi beef, I highly suggest trying it. It’s typically served as very thinly sliced marinated beef, but we have a recipe for Korean Bulgogi Short Ribs that we make every year during the summer that is absolutely incredible. Come to think of it, Memorial Day Weekend is this weekend, which means there will be bulgogi at our barbecue… I can’t wait!

If you’re looking for something new and a little different, head on in to Savory Crust and give one of their delicious empanadas a try, or branch out a bit and try one of the new Asian inspired bowls. If you’re really feeling adventurous you could also try the Halo Halo dessert. It’s a Filipino dessert drink that consists of mixed Filipino fruit, shaved ice, evaporated milk, topped with Ube ice cream and flan. Honestly… it’s not my thing, but my wife and daughter absolutely love it. I’ll stick to the Ube cookies from Warm Belly Bakery for my Filipino inspired desserts.

Update 2/28/20: Savory Crust has introduced Mac N Cheese empanadas for lent this year, and they are amazing! 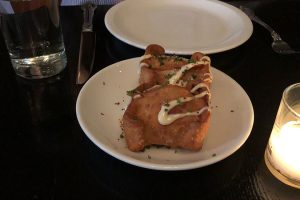 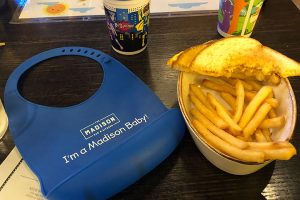