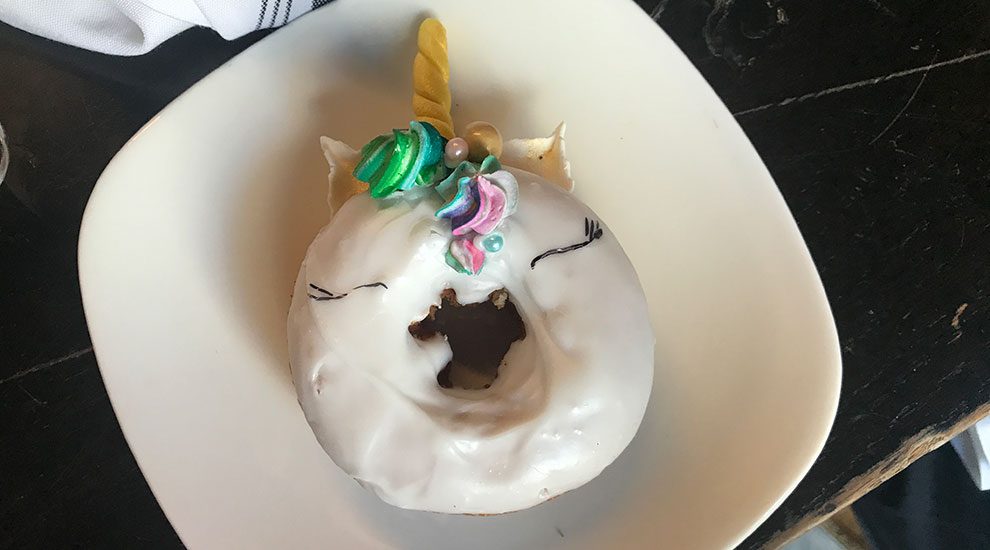 I’m too old for this shit…

This past Saturday we spent the afternoon at Fremont in Chicago for their weekend ‘Boozy Brunch’ to celebrate a birthday. Before I get into anything else, I will say that I had a great time, but probably wouldn’t do it again if I had the choice. And that’s not because the food wasn’t good, or the drinks weren’t good, or the company wasn’t good, or it wasn’t a good time… it’s just that I feel like I’m too old do be doing this stuff anymore, and that’s not a bad thing… I’m totally ok with it. I also thought it was a little bit expensive for my taste and because of the price I felt I had to drink my moneys worth which is where I ran into a problem. However, if you’re not as picky with your food, and don’t have dietary restrictions like I do, then you could probably make it worth it with food alone, depending on how much time you spend at the restaurant, but for me, I just couldn’t eat enough to make it worth it, so I drank my weight in bottomless mimosas instead… which was a terrible idea.

Boozy Brunch Cost and What You Get at Fremont

We’ve been to Fremont Chicago before for dinner, which we really enjoyed, so I had no doubt that the food for brunch would be good, but I wasn’t sure if it would be worth the money.

The price for their boozy brunch was $40 for the all you can eat buffet and an extra $20 for bottomless mimosas. If you were getting the $20 mimosa package you had to do the food package, you couldn’t just spend $20 to drink mimosas all morning and not eat. So basically $40 if you just wanted to eat, $60 if you wanted to drink champaign as well. Of course you could always just order regular drinks from the bar if you chose to do so, but the price of a standard mimosa was $9, so by having two of them you were essentially covering your costs. So really, if you had like 3-4 mimosas and ate some food, I guess you were covering your costs as well, but apparently I just kept going…. and it was bad.

The Food and Drinks

The brunch food was pretty good, definitely one of the better brunch buffets I’ve been to. There was an omelet bar, taco bar, meat station, mac and cheese, burger sliders, pulled pork sliders, oysters, a waffle bar, and a wall of donuts… there was a lot of really good food, so I can’t complain about that at all.

I’m a big fan of breakfast food so I decided to stick with what I knew would fill me up and be ok with my diet. You can’t go wrong with a cheddar cheese and bacon omelet, a couple burger sliders, some mac and cheese, and some more bacon slices to top it off; all of which was delicious. Later on in the afternoon I ate a bit of an Oreo donut which was also pretty incredible, so definitely don’t miss out on the donut wall.

After finishing off the first plate and hanging out for a bit, I just munched off of everyone else’s plates as the day went on. The homemade waffles were pretty damn good even if you only opt for the traditional butter and syrup. We did have some people going all out with rainbow waffles with ice cream, whipped cream and chocolate sauce, so you can certainly indulge if you feel up to it, I just chose not to.

During all the gluttonous food eating the mimosas never stopped coming. Every time your glass got down towards the bottom, a server would be around to fill you back up, and you’d just go to the bar to fill up a new carafe of juice when you were low. It definitely started to get out of hand… especially when they brought out jello shots for the birthday, and then someone ordered Jameson and SoCo lime shots… and I never take shots, so it was all bad.

I didn’t take the Jamo shot, but I took one of the SoCo lime shots and that’s probably the last thing I remember. I definitely don’t remember leaving the bar, I don’t remember walking the 2 blocks to the car, I don’t remember any of the drive home (I wasn’t driving, so no worries), I DO remember throwing up in our backyard as we were walking towards the house from the garage, and I DO remember going straight to the bathroom and throwing up a few more times before passing out on my bed… like I said, it was bad and I don’t ever plan on doing it again (but we’ve all said that…)

I felt physically bad until this morning (Monday), but mentally I’m still mad for letting myself get that drunk and idiotic… I never do that. I’m always the responsible one, so this was rare for me and I didn’t really like it… but of course I’m leaving this Thursday for a bachelor party in Montreal, so we’ll see what that brings…

In terms of the boozy brunch, I have no other ‘boozy brunches’ to compare the one at Fremont too, but it was definitely a good time and the food was better than I was expecting, honestly. So if you’re looking for a solid boozy brunch spot in Chicago, I will recommend Fremont. Just make sure you make a reservation a few weeks ahead of time, it does get crowded, and don’t be stupid with the bottomless mimosas… seriously… it’s not worth it. Well, it’s not worth it if you rarely get drink (and don’t drink a lot very often), and you’re in your 30’s…

I definitely can’t hang like I could in my 20’s and honestly don’t want to, but like I said, it was a lot of fun with the group we had and if I absolutely had to do it again, I’d opt out of the mimosas and have a couple drinks at the bar. I know that would keep me from getting too drunk since I’m cheap as hell and wouldn’t pay for more than a couple drinks at full price… 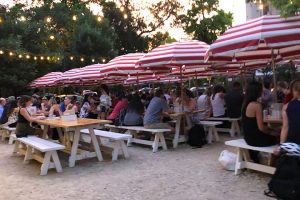 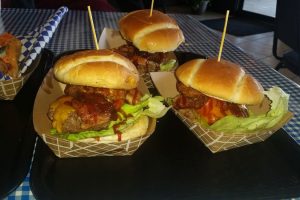