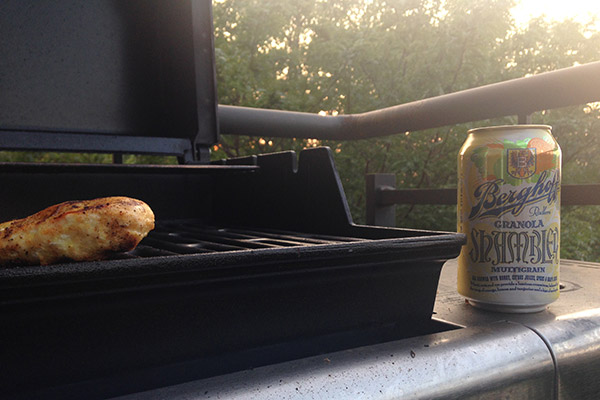 The Berghoff Brewery just introduced their new summer beer, Shambler, which is a radler style German beer, but instead of being mixed with lemonade or lemon soda, Berghoff went a slightly different route. The Shambler has a refreshing mix of grape juice, orange, lemon, lime, grapefruit and tangerine added to the mix which adds another level of taste for those of us that aren’t particularly “beer drinkers”. Sure I can stomach a Bud Light or Coors Light every once and a while, but once I put down the college beers and pick up a real beer, with some flavor, I’m not usually a big fan. That’s not really a secret though if you’ve read my other post about hard ciders and small town root beer, but I’m definitely more of a hard liquor guy. That being said, I do enjoy Summer Shandies, so I figured I’d give the Berghoff Shambler a try on a nice hot summer night in Chicago.

The Shambler definitely has a unique flavor that I haven’t found in other Shandies/Ramblers before, and that’s a good thing. Sometimes the Summer Shandies can be a bit overpowering in the lemonade flavor, or not contain enough flavor, but the Berghoff Shambler does a good job of finding a balance. When it first hit my lips, I was kind of expecting a lemonade-type flavoring (for some reason), but was pleasantly surprised when I got more of an overall fruity flavor. Since there are so many different types of fruit flavorings mixed in, it’s hard to pull out on distinct flavor, but they all work together to create something new and refreshing.

So as I said, I’m not much of a beer drinker, but I do enjoy some of the summer seasonal beers like Summer Shandies, and the occasional non-beer in Bud Light/Coors Light, and Berghoff’s summer Shambler is a great addition to my small list of palatable beers. It’s got the right combination of fruitiness without that overpower beer taste that I’ve never been a huge fan of. So if you’re picky about your beers, or just like a good summer brew on a hot midwest night, then do yourself a favor and go pick up a 6-pack of Berghoff’s Shambler and let us know what you think.

The Franklin Room Chicago – We’re Friends With The ‘Group’ 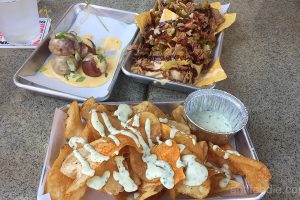