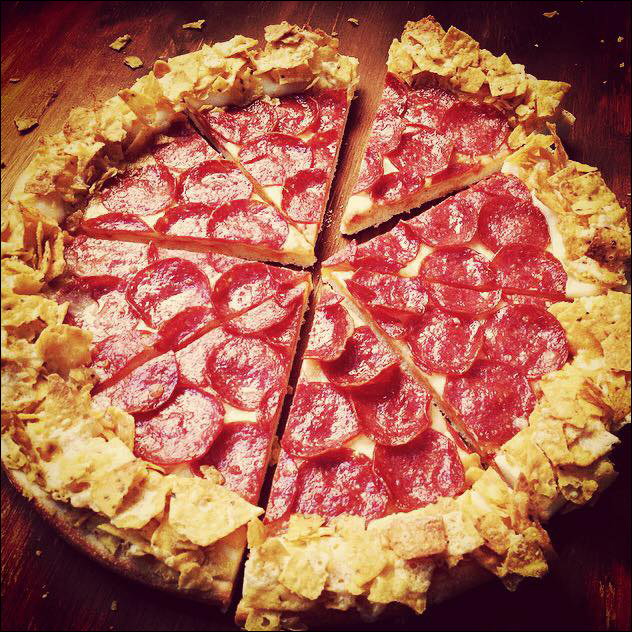 Normally I write about restaurants and food that I’ve tried, but I wanted to take a second to write about this interesting trend that I’ve seen lately. I don’t know what it is about Nacho Cheese Doritos these days, but it appears that they are becoming the ingredient in everything… and it’s awesome. Could it be that now that marijuana is becoming legal in more parts of the world that we need to make sure the stoners have something to eat? Or maybe it’s just the fact that people are realizing how delicious Doritos are and that they should probably be considered a food group? Whatever the case may be, I’m glad that marijuana is now making it’s way into the food science labs at these large companies and the scientists are now spitting out these wonderful products to the public.

Lets take a quick look at some of the recent food items to come out that incorporate Doritos into them. I may be missing some here, so if you know of any other ones, please let us know in the comments. 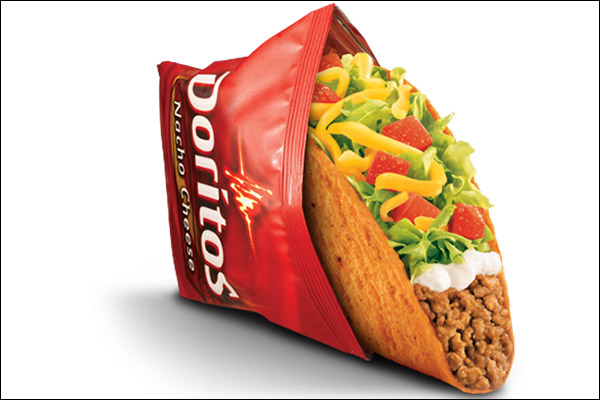 Taco Bell paved the way for this new Doritos-infused food group when they introduced their Doritos Locos Tacos a few years back. As soon as I heard about this I was sold. I’m a big fan of Taco Bell, it’s way better than that chewy, overpriced, Chipotle garbage I was eating for the last few years. It’s the perfect food to satisfy those late night cravings after a night on the town. As much as I do enjoy it, I probably wouldn’t eat it every day, however, the Doritos Locos Tacos (Nacho Cheese specifically) are incredible. Whoever thought to make the hard shell of a taco out of Doritos is a genius, and I hope he got a raise… or at least free Doritos Locos Tacos for life. He deserves it. 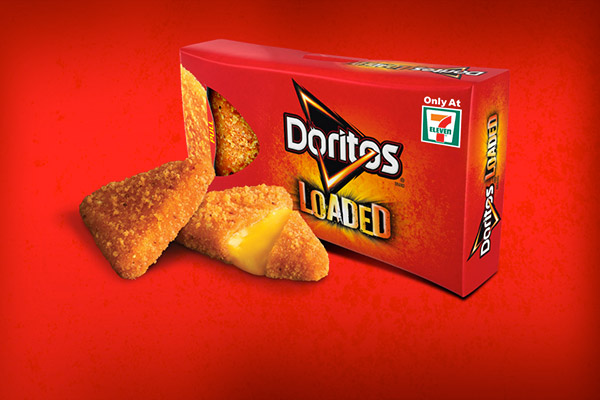 The next Doritos infused item that came to my attention was the Doritos Loaded from 7-11. Unfortunately I don’t think these have come to the Chicagoland area yet, but they sound amazing. It’s basically a mozzarella stick (one of my favorite foods), but instead of mozzarella cheese, it’s nacho cheese, and instead of the typical breading, it’s Doritos! What doesn’t sound amazing about that? As soon as I can find a 7-11 near me that sells these delicious bites of heaven I will be sure to try them and put up a review here, but I don’t understand how this could be bad in any way, except maybe the calories, but that’s not really a concern of mine. 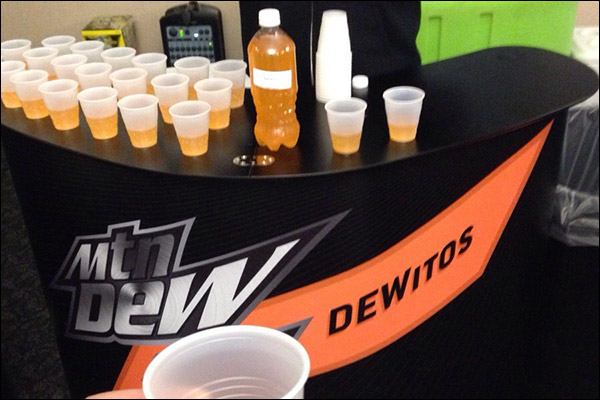 Looking for something to wash down all of that Doritos flavoring with? How about a nice cold glass of Dewitos, Doritos flavored Mountain Dew! As far as I’m aware this is still in the initial sampling phase as it’s only been spotted at random events for tasting. This is the only one that kind of weird me out as I’m not sure mixing Doritos and Mountain Dew would taste that great, but I will refrain from making any judgements until I’ve actually tried it for myself. If anyone out there has been lucky enough to sample this concoction, please let us know what you though in the comments, we’d love to hear about it.

Unfortunately this one hasn’t made it’s way to the United States yet, but Australians can now enjoy the Doritos Crunchy Crust Pizza from Pizza Hut. This new Frankenstein pizza features a crust with “molten mozzarella”, covered with cheddar cheese, and topped with a layer of nacho cheese Doritos. I don’t normally eat the crust of my pizza, cause I eat like a 5-year old, but I may have to make an exception for this warlock.

Doritos infused products are making their way across the globe, and I for one can’t wait to at least sample each and every one of them. If you know of any other products out there that have been combined with Doritos, please let us know in the comments. I will update this post if I come across any others.